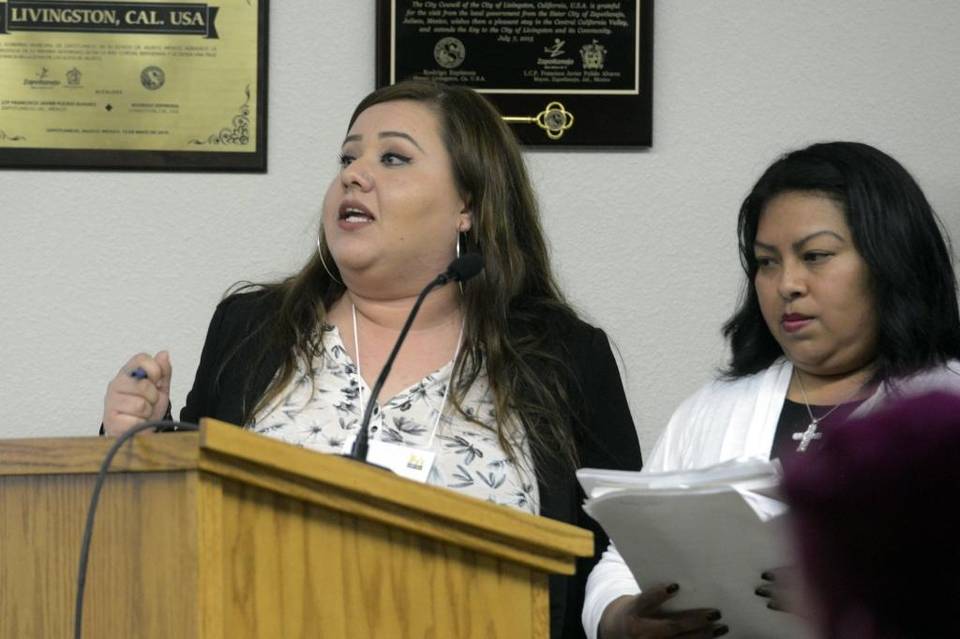 A heated meeting ended Tuesday night at City Hall in Livingston with a divided council formally declaring the city a ‘sanctuary’ for undocumented immigrants, prompting cheering and hugging in the audience.

The Livingston City Council voted 3-2, becoming the first city in Merced County to choose a side in an ongoing national debate.

“Becoming a sanctuary city does not solve all the problems, but it is the first step,” McCabe said. “For those of you here today who may not have documents, hear me now: You are a citizen of Livingston.”

Livingston is the first city in the San Joaquin Valley to declare itself a sanctuary, according to Crissy Gallardo, a community organizer with Faith in the Valley, the main group behind Tuesday’s sanctuary proposal.

Under the policy, city officials, including law enforcement officers, won’t work with federal agencies to enforce immigration laws or partner with Immigration and Customs Enforcement, according to the city’s resolution.

President Donald Trump made immigration a centerpiece of his campaign, and once he took office he signed an executive order saying he would withhold federal funding from so-called sanctuary cities. Attorney General Jeff Sessions also threatened not to grant Justice Department money to cities that don’t comply with federal immigration laws.

This AAPI Heritage Month, Let’s Honor Leaders Like Pastor Wangki
Pastor Wangki, of Trinity Christian Church in Merced, works to support the Southeast Asian community as they face language barriers, information barriers, transportation barriers, and the threat of anti-Asian racism in their daily lives.
Merced County Residents Join in ‘Call to Action’ Against Immigrant Family Separation
At a news conference on Friday in front of the Merced County Administration Building, about 20 advocates also urged legislators to join the cause and asked the community to join them Saturday morning in a march against family separation.
They Knocked on an Atwater Door Saying They Were Cops. They Were ICE, Advocates Say
A handful of people were picked up by immigration agents in Atwater during the weekend, according to advocates and a witness. The U.S. Department of Immigration and Customs Enforcement, known as ICE, did not confirm the number of arrests from Sunday morning, but advocates for undocumented immigrants told the Sun-Star five people were picked up in deportation efforts in Atwater.