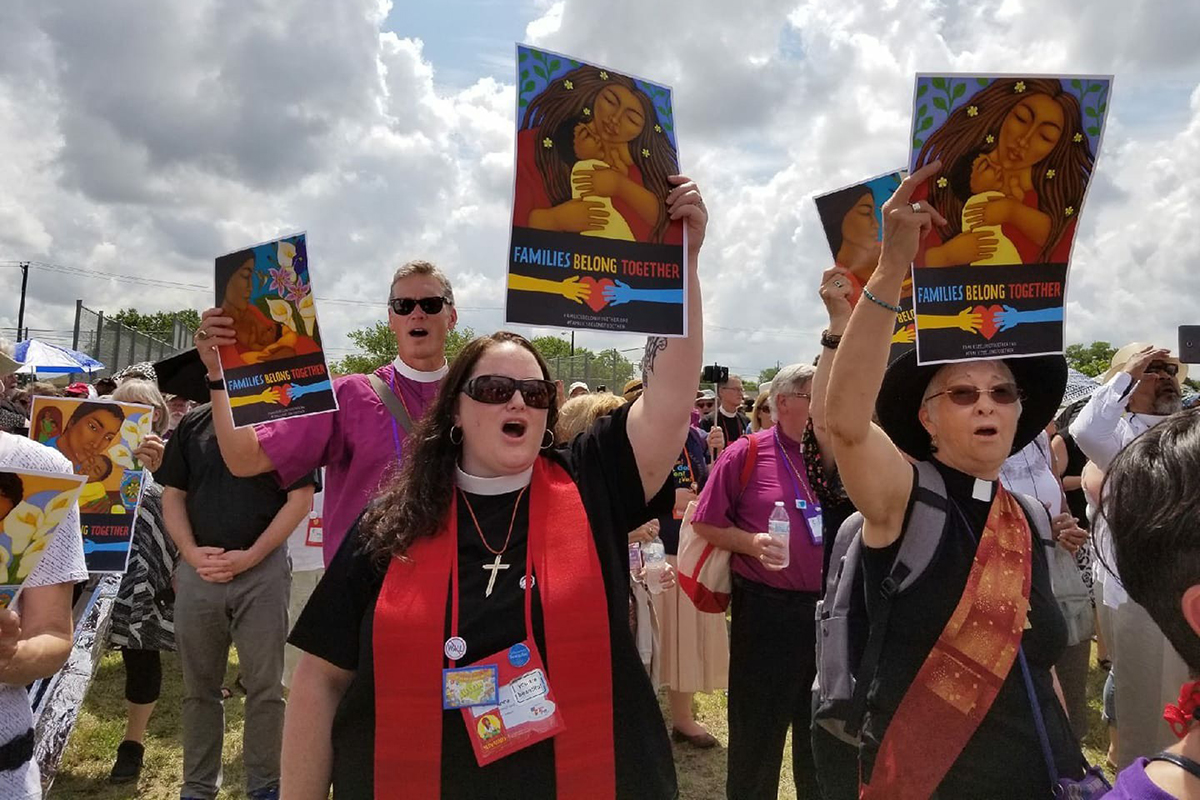 Roberta Murrieta-May intends to walk at least part of the 173 miles from Fresno to Sacramento, California, because more people — especially undocumented immigrants and asylum-seekers — need hope.

The Episcopal Diocese of San Joaquin’s May 4-20 Pilgrimage of Hope “is a very honorable thing to do, with all the people in our culture today who don’t care about immigrants,” said Murrieta-May.

Murrieta-May, 54, learned of the pilgrimage on April 10 while visiting the food bank at St. James Cathedral in Fresno, across the street from her home.

“All of us are immigrants, or related to immigrants,” she said in a telephone interview with Episcopal News Service. Noting that most people in this country are descended from immigrants, she said, “More people need to care about those who are coming here because of danger, because of fear. We need to raise awareness about them.”

San Joaquin Bishop David Rice said the pilgrimage, a march to raise awareness about the plight of undocumented persons and refugees, will begin May 4 after a celebration of the Eucharist and a blessing at St. James Cathedral in Fresno.

From there, pilgrims will walk north approximately 17 miles per day, until they reach Sacramento, the state capital, on May 20, and join with other activists and faith groups in observance of California’s Immigrant Day of Action.

California’s Central Valley produces over a third of the country’s vegetables and two-thirds of its fruits and nuts, attracting undocumented farm labor.

Rice said there are approximately 2.8 million undocumented immigrants in California, more than any other state.

For those who are seeking a pathway to citizenship, it “is expensive, it is time-intensive and results in people living in constant fear of deportation or detention,” Rice said.

He added, “When we become aware of what is going on in our larger context, when we hear the voices of the other, if we don’t respond, then we are complicit in the systems that form those voices.”

Lutheran, Roman Catholic, Methodist and Episcopal congregations will offer hospitality and lodging to pilgrims along the way, and while no formal tally of participants is available, Rice hopes “others will join us.”

The Rev. Terrance Goodpasture, a deacon at the Fresno cathedral and a pilgrimage organizer, said he expects partners such as Faith in the Valley to participate in the walk. Faith in the Valley, a Central California grassroots advocacy organization, is part of PICO California, the largest faith-based community organizing network in the state, with more than 485 congregational members.

Some pilgrims will join for part of the walk; others will complete the entire 173 miles, he said. The pilgrims will pause at regular intervals for prayer; those who are unable to physically join the walk can pray along as well, with a booklet available for purchase on the pilgrimage website. Cost of the booklet is $10; any funds raised will go toward aiding the undocumented.

The idea for the pilgrimage began to take shape in 2017, after delegates to the 58th annual diocesan convention passed a resolution to form an immigration task force, which was primarily focused on education and advocacy issues, said the Rev. Anna Carmichael, the diocese’s canon to the ordinary.

“We wanted people in our pews to understand what our neighbors were going through and how we could be a resource for our neighbors,” Carmichael said. “For us, this isn’t political, it’s responding to the call to love your neighbor as yourself.