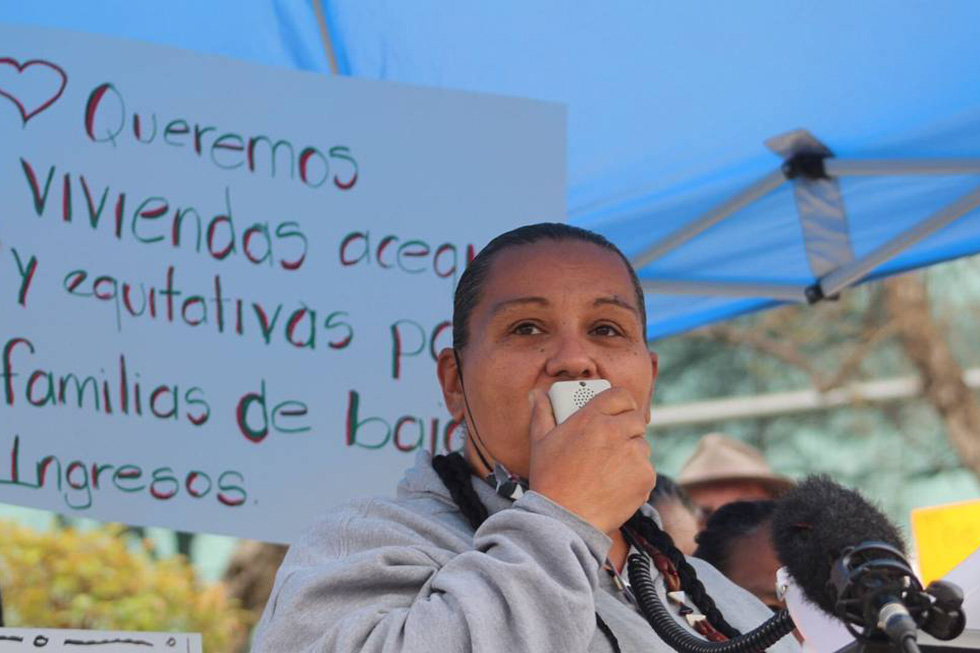 Beginning in 2021, and building on years of experience and efforts, the first-ever unhoused-led forums were held in Stockton and Fresno, giving voice to a previously dismissed community amidst overlapping housing and public health crises. To support these efforts, Faith in the Valley joined a coalition of partners who are following the lead of the unhoused community to bring needed housing solutions to the Central Valley, uniting students, unhoused community members, clergy and residents.

Together with FIV and Stockton’s Housing Justice Coalition, the WE CAN (Work Economic Collective Advancement Network) Ambassadors, a group of unhoused leaders, hosted a first-of-its-kind encampment listening session last summer. They then hosted a town hall on the subject of housing and homelessness with broader community stakeholders and local policy makers. In Fresno recently, FIV partnered with We Are Not Invisible, another advocacy group led by former and currently unsheltered individuals, to host a first-ever listening session between chronically unhoused individuals and city council members.

At the forums in Stockton and Fresno, public officials listened to the stories, experiences and recommendations of the unhoused community. Michelle, a WE CAN Ambassador shared, “I’m pretty new to being homeless myself. I used to be like everybody else, out, giving to the homeless, helping feed them, clothe them, everything else until Covid. I was an in-home caregiver. I lost my last clients that I pretty much lived with because they were in their 80s and 90s. Then I ended up out here.”

She went on to say, “Nick, Christine, and I, and some of the other people here, are all part of a community that we have made into a family. We were here on this lot and became a family and took care of each other, all of us. We looked out for each other. If somebody was hungry we would all dig as one big family. And then they kicked us out of here. Now half of the people that were here, we don’t even know how to find anymore. They got displaced and pushed to different places. It’s hard to survive on your own.”

Anthony Robinson, a FIV leader, Executive Director of The Echo Chamber, and founder of the WE CAN program shared, “[The Echo Chamber was] called out due to a displacement that was about to occur. So we came together and organized to support. The best thing to support was to give [the unsheltered] voice and to give them priority and to allow them to lead on the issue.”

At a December Stockton City Council meeting, FIV coordinated with the WE CAN Ambassadors and community members to urge that federal Covid relief funds be invested toward Safe Camping Sites, Sanitary and Sewage resources, and health and wellness services for unhoused families. In January, the city’s first Safe Camping Site was selected and plans were made to select another safe site with wraparound services. The city also agreed to allocate $480,577 in American Rescue Plan (ARP) funds to expand staff at California Rural Legal Assistance and San Joaquin Fair Housing as part of an eviction defense pilot program for vulnerable tenants.

Meanwhile, in Fresno, FIV leaders helped mobilize nearly 150 people with We Are Not Invisible and the Central Valley People’s Housing Coalition to demand the Fresno City Council invest in housing and community-based safety needs rather than in policing. The council’s agenda included a proposal to spend $10 million of the $171 million in ARP funds toward the police department. At the meeting, unhoused individuals, tenants and students shared 3-hours of compelling testimony about housing challenges such as uninhabitable conditions, evictions, high rents, and unreturned deposits. As a result, the council instead voted to invest $1,000,000 of the ARP funds for Emergency Rent Assistance and $950,000 toward Advance Peace. These efforts also helped to create the political will necessary to get $13 million set aside for two housing projects, $250,000 for washing stations/showers for the unhoused and $1,000,000 for housing vouchers.

This month, the unhoused, FIV and advocates joined more than 200 housing activists, organizers and community members to continue to push Fresno City Council to take greater and more immediate action on a range of solutions from rent stabilization, to right to counsel, a moratorium on homeless encampment sweeps and just cause evictions.

These efforts have galvanized a community that is often discussed but rarely centered. As those most impacted by California’s housing crisis, the unhoused have been shifting the stories told about them away from trauma, toward solutions grounded in powerful organizing that has resonated in council chambers and is beginning to shape public policy.