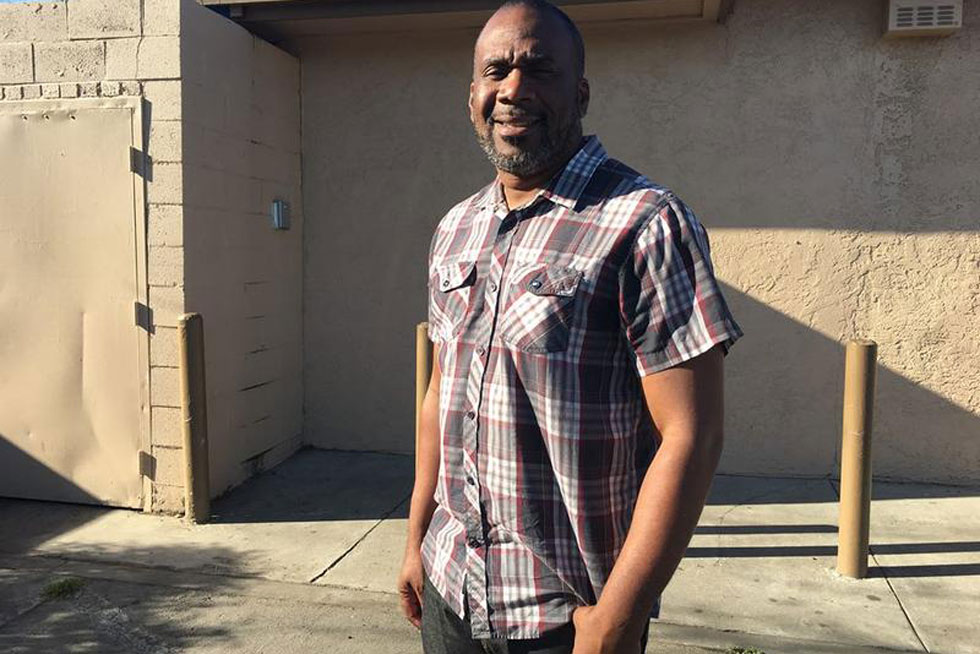 Aaron Foster stands outside Wayne’s Liquor store on East California Avenue. There’s a park across the street buzzing with people, a taqueria around the corner, and a library a few blocks away.

“This is the heart of Southwest Fresno,” he says. “There’s rival gang members that come by but they know this is a safe zone.”

Foster has lived in this neighborhood since he was 16 years old. Before that, he visited every summer. He says this area is a place where people can coexist without problems; it’s not gang territory.

“There’s honor amongst thieves,” says Foster, who works with Faith in the Valley Fresno. “Criminals don’t come around here and shoot because of the old people that live here. So we call this the old man park, it’s called Pride Park, but we call it the old man park.”

After losing two children to gun violence, Foster says he’s been on a mission to stop shootings from occurring in Fresno. He says his 21-year-old son and 18-year-old daughter were shot in the back of the head on Memorial Day weekend four years apart.

“My daughter went to her brother’s memorial that morning and she died that night,” Foster says. “Before I lost children I was part of the problem. I’m a gang member, ex-gang member.”

On average 75 to 80 percent of homicides in Fresno are gun related, according to Fresno Police Chief Jerry Dyer. He says 70 to 75 percent of those shootings involve gangs.

Two years ago Foster reached out to Advance Peace, a nonprofit that has a controversial approach at reducing gun violence. Ever since then he’s been trying to get them to come to Fresno.

“I wouldn’t be having a conversation with the City of Fresno and the community of Fresno if the city and community of Fresno thought they were achieving optimal results around gun violence reduction,” says DeVone Boggan, the CEO of Advance Peace. “Particularly as it relates to how much the city is currently spending to get results.”

Advance Peace works with people who are most likely to be, or already are, involved in gun violence. Those who enroll in the 18-month Peacemaker Fellowship receive mentoring, behavioral therapy, life skills training, and internships. Every fellow is assigned a case manager and a so-called life map that outlines their goals.

Read and listen to more at KVPR.