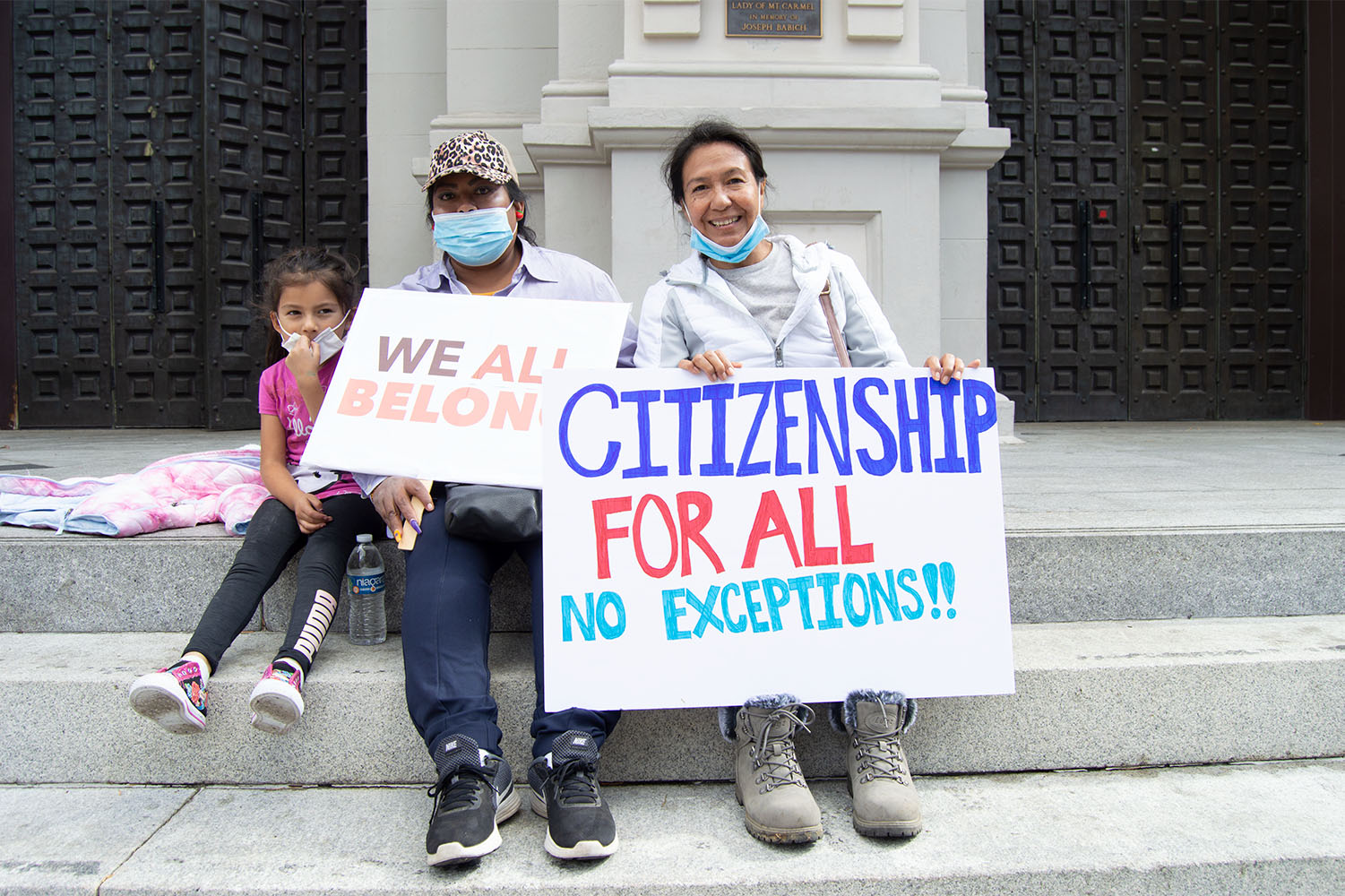 WASHINGTON — Yesterday, the Senate Parliamentarian recommended against including immigration provisions in the Build Back Better Act. This is the third plan the parliamentarian rejects, which would have provided temporary work permits to millions; the first two plans sought to provide a permanent pathway to citizenship.

In a statement, Senate Democrats said they “strongly disagree” with the parliamentarian’s decision of rejecting their latest immigration proposal. They added, “…we will pursue every means to achieve a path to citizenship in the Build Back Better Act.”

Faith in the Valley leaders offer the following statements in response:

“We need to ignore the parliamentarian because she is not an elected leader, our Senators are the ones that decide and must achieve the promise they made,” says Carmen Ojeda, leader with Faith in the Valley.

“This is the closest we have come to providing a pathway to citizenship in many years. If not now, when? Senators need to keep pushing and bypass the Parliamentarian’s recommendation. The time is now, our families have been waiting,” urges Blanca Ojeda, Community Organizer with Faith in the Valley.

Faith in the Valley is the largest grassroots, faith-based organizing network in the Central Valley. The nonpartisan organization works with 1,000 religious congregations across California’s Central Valley. For more information, visit FaithInTheValley.org.

Faith in the Valley Endorses Homes Guarantee
Following hundreds of conversations with impacted residents across the Valley, faith leaders and students will come together on May 4 to officially launch and share their theory of change, which is rooted in the Homes Guarantee.
$5 Billion to Fund Peace ﻿and Community Reinvestment
Faith in the Valley applauds the Biden Administration’s historic plan to invest $5 billion dollars in evidence-based, community violence intervention programs over the next eight years.
Faith in the Valley Stands with Our Asian-American/AAPI Family
We mourn with our Asian-American/AAPI kin as they navigate a country that has a longstanding tradition of targeting them with legal and interpersonal discrimination and marginalization; they have experienced increased hate and violence since the outbreak of COVID-19.