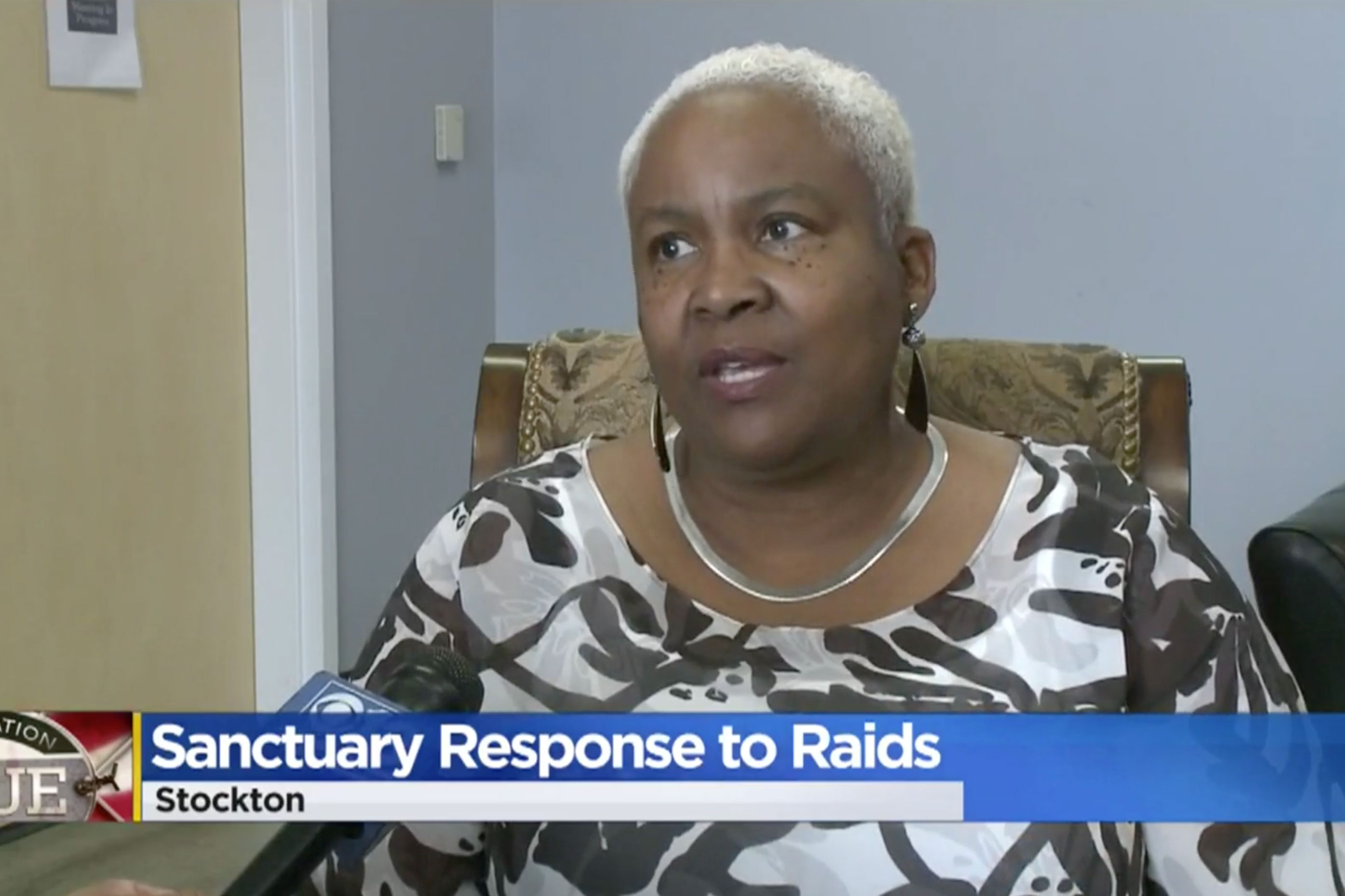 Close to 900 undocumented individuals in northern California have become the target of recent raids by officers with the U.S. Immigration and Customs Enforcement agency.

Since Sunday, more than 150 people have been arrested in San Francisco, Sacramento and Stockton for what ICE says are violations of federal U.S. immigration laws.

Stockton city leaders are working with community groups to come up with a response to deal with the raids and help people understand their rights.

“We are asking people, don’t give false information either, it’s better not to say anything, don’t try and change your name, for sure we don’t want you to try and run, any of those things. We just want to make sure you remain silent until you get an attorney,” said Pastor Trena Turner, executive director of Faith in the Valley.

Thank You for Your Bold Leadership in 2017

It’s hard to believe that just one year ago, 1,500 of us stood together and publicly launched Faith In The Valley at the Founding Convention. We are so proud of all that we have accomplished together since then. One of the many big wins across the Valley this past year is the new breakthrough rental housing inspection program to enforce healthy standards for rental properties.

Borealis Philanthropy recently launched the Communities Transforming Policing Fund to support promising police reform advocacy in local jurisdictions throughout the country, and we're proud to share that Faith in the Valley is one of the Funds' inaugural grant recipients. The CTPF is a collaborative effort of the Open Society Foundations, the Ford Foundation, and the Public Welfare Foundation.

Since 2010, nearly a dozen social justice organizations have sprouted in Fresno, harnessing community power to spark change. These groups, many of which are led by educated women of color with deep Valley ties, have mobilized coalitions that stood up to local politicians, combated vicious attacks and emerged with political victories.
This Post Has 0 Comments