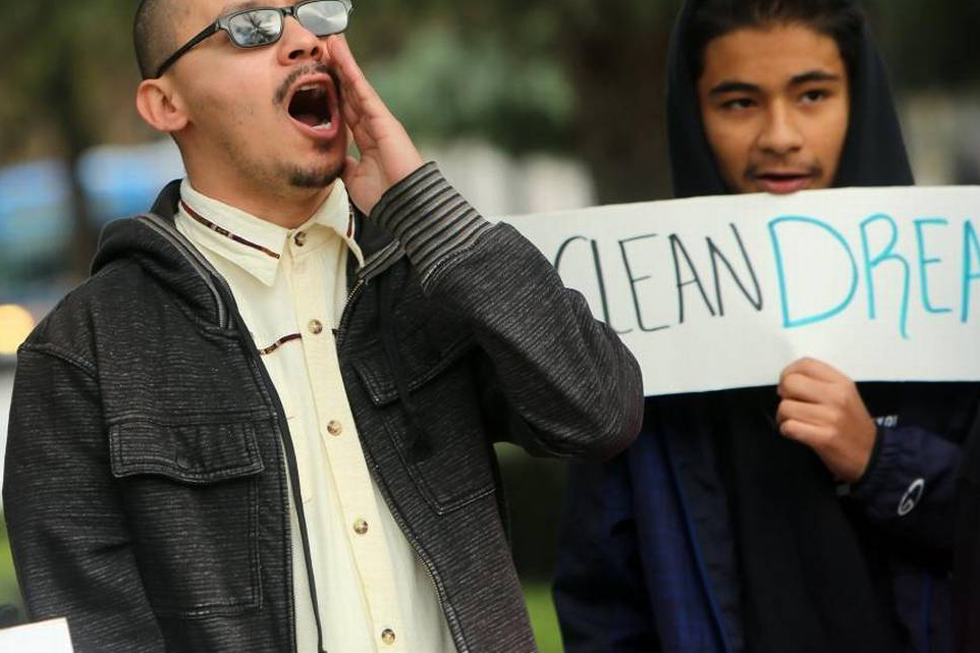 Despite an encouraging Supreme Court decision that means young undocumented immigrants known as “dreamers” will remain protected from deportation for now, people like America Hernandez are still skeptical.

On Monday, as she headed to an appointment in Fresno to get fingerprinted as part of her Deferred Action for Childhood Arrivals (DACA) renewal application, she messaged her boyfriend the phone number for her attorney “in case I don’t come back.”

“We’ve heard of people going in for appointments for something that’s supposed to be routine, and they’ve been detained. A lot of people are still very scared,” said Hernandez, 34, who came to the U.S. when she was 3 months old. “Today’s announcement is great because I know a lot of people can’t afford to lose their jobs and scholarships but it’s also really difficult because from what we’ve seen in Congress, there’s no sense of urgency for a permanent solution.”

The Supreme Court refused on Monday to fast-track the Trump administration’s directive for DACA to end next week, buying time for nearly 700,000 people like Hernandez who have received work permits and been temporarily protected from deportation through the program. About 18,000 people in Fresno, Tulare and Madera counties qualify for DACA.

“You hear they’re working on a solution, but at the same time you see all the attacks and ICE raids here in the Valley, so you don’t know what to expect,” said Hernandez, who works for Kids in Need of Defense. “In the meantime, we are all in limbo wondering what’s going to happen next.”

While Monday’s decision eliminates a March 5 deadline for the program to expire, reports of Immigration and Customs Enforcement raids in the Fresno area have dimmed celebrations, said Sukaina Hussain, community organizer with Faith in the Valley.

ICE audits of employees at several local farming companies sparked fear for undocumented workers earlier this month, and at least six ICE arrests were made in Atwater on Sunday, according to Hussain.

“Multiple incidents have been reported of ICE aggressively intimidating and targeting families in their homes and using tactics of racial profiling to detain individuals from public places, such as a gas station,” Hussain said of reports Faith in the Valley received this weekend. “This is only as far as we have heard, so definitely there could have been a lot more incidents happening that we are not aware of.”

The Rev. Misael Avila of St. Frances of Rome Catholic Church in Riverbank joined faith leaders in Stanislaus County and throughout the country denouncing the Trump Administration's zero tolerance illegal immigration policy, which has separated about 2,000 children from their families.

After nearly 14 years of protests, dozens of meetings with various officials, extensive research and lots of prayer, hundreds of concerned citizens and dedicated families finally convinced the Fresno City Council to pass breakthrough legislation that will begin to hold slumlords accountable for their unhealthy and dangerous properties. This historic vote to approve the Rental Housing Improvement Act happened in February. It’s now time for the vote to turn into action.

This week, Building Healthy Communities Merced released a report outlining ways the county could potentially provide services for undocumented immigrants. The report explains that because undocumented immigrants aren’t eligible for health insurance under Covered California or most non-emergency coverage from Medi-Cal, advocates around the state have asked their counties to provide coverage to those undocumented.
This Post Has 0 Comments