We recently added several new staff members to our organizing, communications and regional support team. Learn more about them below and see how, together, we’re continuing to proclaim a new vision for the Central Valley. 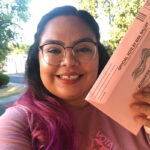 Alexandra Alvarado is new to the organizing team in Fresno. She was first introduced to Faith in the Valley and learned how to organize when she was a student at Fresno State. Supported by FIV staff, Alexandra facilitated meetings, conducted research, engaged in deep canvassing, planned, organized, and conducted outreach for community-led forums, and co-led alongside clergy leaders to pass housing policy. Now she is working with several groups of Fresno State college students to help develop their leadership and she is sharing her organizing knowledge and lived experiences. Together, they are collectively building power across institutions – faith, education, government, and media. Alexandra feels most calm and grounded outside in nature; her favorite things to do are going to the park with her dog Sonny, camping with her family, and finding new coffee shops. 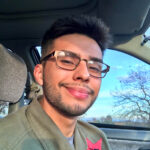 Anthony Arauza has been working as Faith in the Valley’s newest organizer in Stanislaus county since January. While studying sociology at UCSB, Anthony discovered FIV and found a great opportunity to do people-led, community-based work and fulfill his intention of returning home to the Central Valley. Besides experiences in labor, environment, healthcare, and farmworker movements, he brings a specific passion for providing historical context and a radical critique of structures. Currently, he is working in Stanislaus to build base and relationships with community members, while framing the narrative surrounding housing with a focus on people experiencing homelessness, eviction, and housing insecurity. Anthony enjoys reading outside as a form of brain empowerment and his favorite spot for meditation and reflection is a Modesto bird sanctuary around sunset. 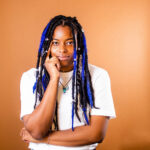 D’Aungillique Jackson is working as Faith in the Valley’s Community Justice Fellow. She connected with FIV in 2020 as a student organizer, community activist, and the youngest commissioner on Fresno’s Police Reform Commission. Currently Fresno State’s ASI President-elect, the President of Fresno State’s NAACP chapter, and a member of Fresno’s Police Reform Implementation Committee, D’Aungillique is a people-activator and mobilizer. She brings a passion for equity, inclusion, and sustainability, as well as experience in civic engagement. As FIV’s Community Justice Fellow in Fresno, she is a resource on police and gun violence reform – organizing multiple creative and people-powered events. During the pandemic, D’Aungillique has been practicing calligraphy, writing, interior design, introspection, and has honed her love for fashion through thrifting. 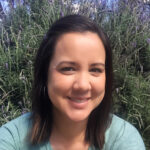 Elizabeth Ng Mayberry is filling the new role of Faith in the Valley’s Regional Communications Coordinator. She has been a leader with FIV in San Joaquin County since 2017 after transplanting to Stockton in 2010 as a young mother. Passionate about racial justice and community-building, she brings several years of direct organizing experience through her work on anti-racism, Asian-American, civic engagement, education, housing, immigration, public safety, and restorative justice issues. Creative at heart and a writer by training, Elizabeth is excited to learn in her new communications role and grow her love for the Central Valley in even bigger ways. Her pandemic weekends often include family time with her partner and three kids, some chores, a few good meals, watercolors, and a book in her backyard hammock. 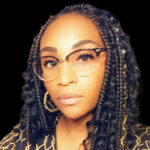 Ronnelle Howell (Ronnie) is Faith in the Valley’s new Data and Research Manager. She first came to FIV in early 2020 to support Census outreach as a canvasser and soon became team lead, overseeing phone banking. At the same time, she managed advocacy efforts for propositions on the November ballot. Ronnie brings to us years of experience in the education and healthcare industries. Her current efforts include work on redistricting and managing FIV’s contact database. To practice rest, Ronnie enjoys completing projects at home; during the pandemic, she learned how to install artificial turf in her front yard by watching YouTube videos. 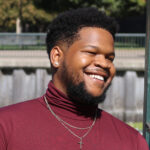 Zonnie Thompson is the new organizer in San Joaquin county. He grew up in Reno but has Stockton roots that pre-date his birth. Those relationships drew him to Stockton in 2020 to learn about community organizing as a fellow with the TOLA Organizing Academy. After a rigorous year, he felt compelled to stay to be a part of creating change and it was Faith in the Valley that caught his eye as an opportunity to merge his organizing work with his beliefs. Zonnie’s work advocates with and develops leaders among college students and community members through housing and environmental justice lenses. He is proud to bring his unique personal experiences, faith perspective, and a Gen Z voice to the organizing work. On the weekends Zonnie likes to visit Napa and practice becoming a wine connoisseur; his go-to wine brand is Meiomi.

Faith in the Valley Names Curtis L. Smith New Executive Director
Pastor Curtis brings over two decades of faith and community-based organizing and systems change experience. He has dedicated his career to fighting for racial justice and building bridges between institutions of faith and the community.
Faith in the Valley Names Interim Executive Director