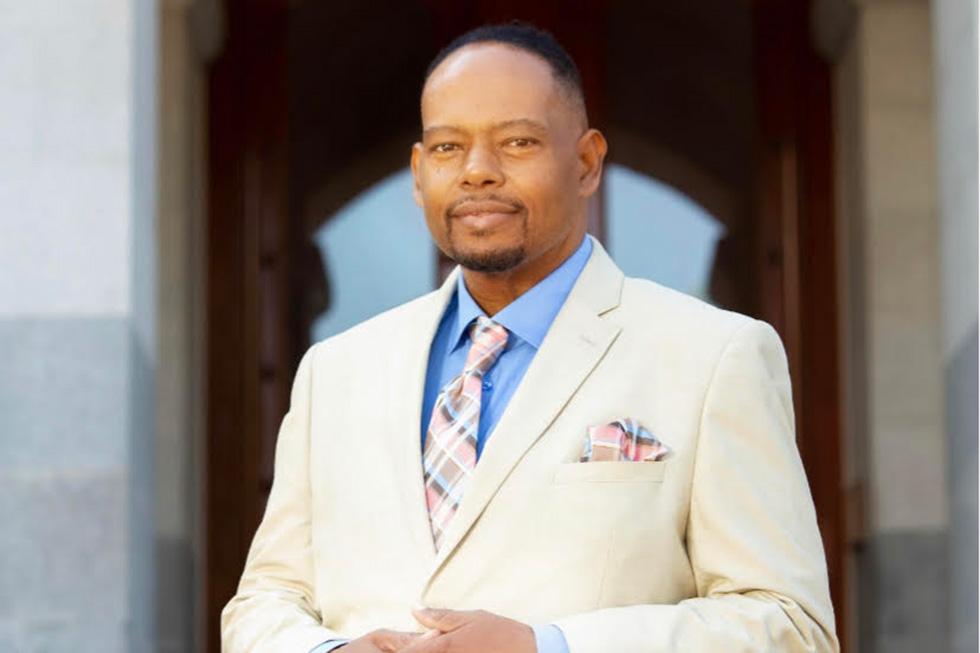 Following an extensive search, Faith in the Valley is pleased to announce that Pastor Curtis L. Smith has been named as our new Executive Director, effective today.

Pastor Curtis brings over two decades of faith and community-based organizing and systems change experience. He has dedicated his career to fighting for racial justice and building bridges between institutions of faith and the community. For years, he has worked to address a number of issues that affect Central Valley families, such as mass incarceration, immigration, gun violence, youth justice and housing. He is a change agent and a difference-maker who has been a catalyst for community transformation in Stockton, the Central Valley and other parts of California. He has served as a Faith in the Valley Chapter Director, Director of Faith Leadership and Interim Director.

“As a founding clergy leader, chapter director, and now Executive Director, I am committed to our vision to create a beloved community throughout the Central Valley where everyone belongs,” Pastor Curtis said. “The systemic divestment in African-American, Latinx, Asian American and Pacific Islander communities has cultivated an opportunity desert in one of the most fruitful lands in the United States. With confidence and conviction, I am primed to build upon the foundational work that Faith in the Valley has done thus far to support the vision of the people for a more equitable and humane Central Valley.”

With his heart, wisdom and lived experiences, Pastor Curtis puts Faith in the Valley in a powerful position to continue working with our leaders and community partners to create a different and better future in the Valley that includes everyone.

“The Central Valley is littered with injustice and inequity. Pastor Curtis is a bold and prophetic leader who, motivated by his love for the community, will ensure our voices are heard,” said Hajj Reza Nekumanesh, a founding board member of Faith in the Valley. “We have absolute confidence in Pastor Curtis’s ability to lead us in the fight for a more just home.”

Born to teenage parents, Pastor Curtis overcame countless obstacles as a young man and he has learned how to defy the odds to realize his dreams. He was introduced to organizing and systems change work through youth organizing. He saw the tremendous impact it had when youth from historically excluded communities were introduced to power.

Since then, he has dedicated his entire career to building power and giving voice to young people, their families and overlooked, low-income communities vulnerable to crime and mass incarceration, houselessness and poverty. He has led clergy and community teams in two cities to launch evidence-based models for violence reduction and has partnered with internationally recognized civic leaders to advance economic justice models in our beloved Central Valley towns including Stockton. As a Central Valley native, he brings deep knowledge and lived experience of the struggles our communities face.

Elizabeth Ng Mayberry, a Faith in the Valley leader, chair of the Faith in the Valley San Joaquin Steering Committee and Faith in the Valley’s Communications Coordinator shares: “I’ve always been impressed by Pastor Curtis’s gentle spirit and fierce public voice for justice. They seem like contradictions. But in the Christian tradition, the Bible talks about ‘speaking the truth in love’ and I think Pastor Curtis embodies this principle. His leadership is kind, gentle, approachable, and guided by love. At the same time, his analysis of structures and systems is razor sharp and full of conviction. He doesn’t hesitate to speak the truth and I know in this next chapter, he’ll inspire and embolden people across the Central Valley to do the same.”