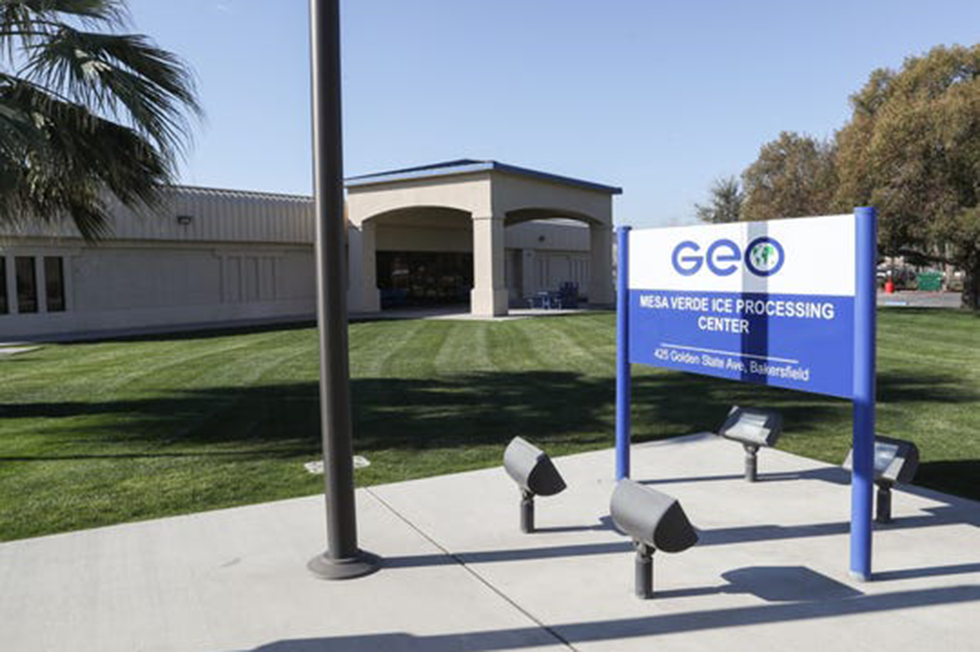 A federal judge has put on hold a private prison company’s plans to convert two prison facilities in a small, cash-strapped city in California’s Central Valley into immigration detention centers.

The modified permits for the facilities were slated to take effect July 15, according to court filings.

But United States District Judge Troy Nunley on Tuesday issued a temporary restraining order, barring the city of McFarland from modifying the permits for the two facilities, and preventing The GEO Group from transferring any immigrants into or out of the facilities, until he rules on the advocates’ request for a preliminary injunction.

GEO has until July 21 to respond to the request for preliminary injunction, the judge said in his ruling. The advocates have three days to respond after that.

The order stems from a lawsuit seeking the revocation of the permits for the two facilities and alleging that the agreements were approved in violation of state law. Freedom for Immigrants, a California-based non-profit organization that aims to abolish immigration detention, and Immigrant Legal Resource Center, a national non-profit working to advance immigrant rights, brought the lawsuit against the city and GEO.

The judge’s decision is a blow to GEO, which has been trying to expand its operations in the Golden State, even as California’s Democrat-dominated legislature has attempted to rid the state of private immigration detention centers. It’s also a blow to the city, which is in “desperate financial condition,” City Manager Larry Pennell told the council in April. GEO’s plans for the detention center expansion include $511,000 in annual fiscal mitigation payments for the city.

A spokesperson for GEO said the conditional use permits for the two facilities were “properly issued by the McFarland City Council, and we are confident the City’s actions will be upheld by the court.”

McFarland city officials have not responded to a request for comment on the ruling.

Nunley, in the ruling, said the advocates raised “serious questions” about the “arguable defects in the City’s approval process.”

State law SB 29, which was drafted and co-sponsored by the two non-profit groups, is designed to increase public participation in local decisions about private immigration detention centers. It requires a city, county or public agency to notify the public at least 180 before executing a permit for such facilities, and requires them to hear public comments on the proposal in at least two separate public meetings.

But the advocates allege that the McFarland Planning Commission and City Council violated the law numerous times, and Nunley found their concerns could have merit.

The council reversed the decision of the city’s planning commission, which held two hearings on the issue and ultimately rejected the company’s plan.

Nunley cited the advocates’ concerns about the meetings, including that the council held just one meeting on the subject, rather than two as required by the law; and that six months haven’t elapsed since the council approved GEO’s plan, as required by the law. They also pointed out, he said, that the city restricted participation at the hearings, including the April city council meeting, which was held over Zoom as a result of the coronavirus pandemic.

Nunley also examined the advocates’ concerns that transferring detainees into the McFarland facilities would pose “immediate and extreme risks to public health” during the COVID-19 pandemic.

He determined that the advocates had demonstrated that, “preventing detainee transfers is an effective method for reducing unnecessary risks to public health to COVID-19, and that absent an injunction, there is an irreparable harm resulting from detainee transfers.”

There is already elevated disease transmission in Kern County, where the facilities are located, and in ICE detention centers nationwide, the advocates said. They warned that transferring people to the McFarland facilities could spark a COVID-19 outbreak, similar to the one at San Quentin State Prison. The transfer of infected inmates from the California Institution for Men in Chino to the state’s oldest prison led to more than 2,000 cases of the virus and 11 deaths as of Wednesday.

In granting the injunction, Nunley indicated his belief that the threat to public health posed by transferring immigrants to the new detention centers far outweighs the potential financial harm GEO could face if the conditional use permits granting the conversion of the facilities are delayed or revoked.

“The city of McFarland has clearly violated California state law in its most recent attempt to safeguard corporate greed over the interests of its community members,” she said in a statement. “Today, we have said ‘no more.’ We cannot allow McFarland or any city to expand immigration detention without properly engaging its own constituents. We are overjoyed that the courts agree and have granted our temporary restraining order.”

The ruling also came as good news to Pastor Trena Turner, executive director of Faith in the Valley, a faith-based community organization in the Central Valley that has been supporting some McFarland residents in their fight against the detention center proposal.

McFarland residents — many of whom work in the region’s agricultural fields — “were not provided with a fair and transparent process in the vote for this detention center, and were shut out by those who are supposed to represent them,” Turner said in a statement. “We are hopeful that this temporary hold is a step towards progress, and that the resiliency of the community and legal partners will result in a permanent example of justice for the Central Valley, the state and the rest of the country.”