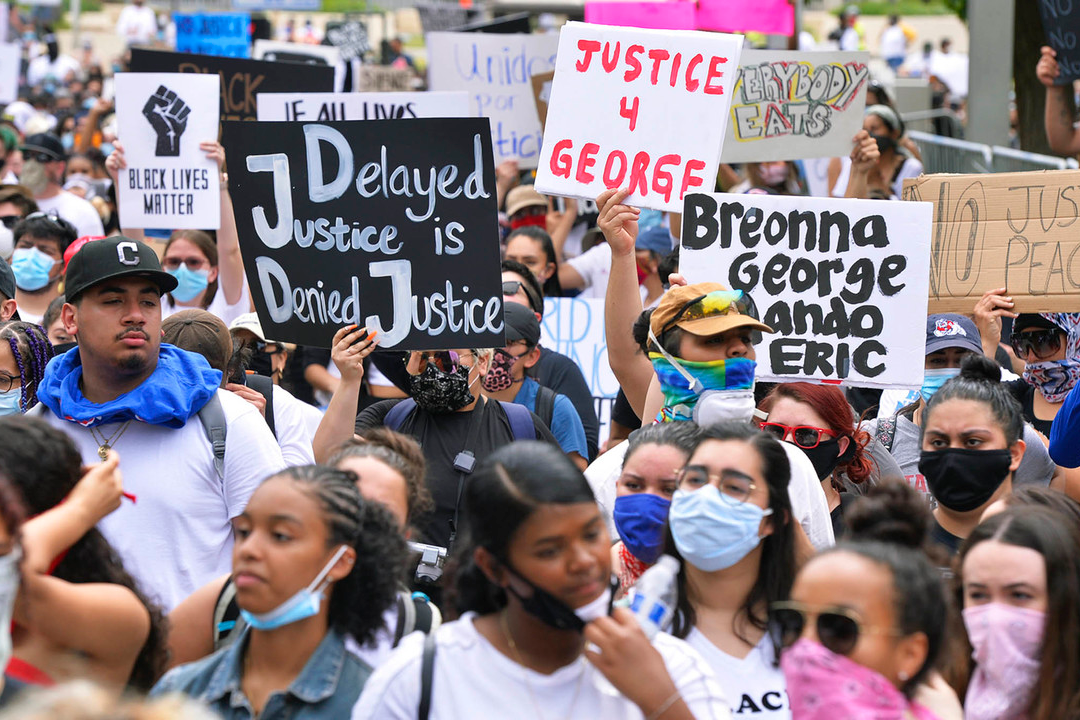 The current unrest of the United States is reflective of the longstanding ills that have plagued our country: anti-Blackness, class warfare, gender and sexual oppression. Our country is in crisis. COVID-19 has revealed the ever present fault lines that mark our social life, nationally and right here in the Central Valley. The recent state-sanctioned and extra-judicial killings of Ahmaud Arbery, Breonna Taylor, Toni McDade and George Floyd have both deepened and broadened a righteous anger throughout the land. The Spirit has called people from their disengagement into the streets for massive demonstrations that affirm Black life through the denunciation of white supremacy and actionable steps to divest from law enforcement and reinvest into our communities.

Faith in the Valley affirms the nationwide protest where people of faith, as well as people of good will, lift our voices for the declaration of the dawn of a new day. While many denounce the protest because of the element of property vandalism, we call on these critics to refocus their attention from any looting being done by economically dispossessed persons and towards a system that loots and robs Black and minoritized persons every day across the country. The decades-long divestment from public infrastructure (including education, health care, parks and recreation) and the bloated police and carceral budgets, has reaffirmed the gross inequalities that plague Black communities across the country.

Faith in the Valley unequivocally stands with the Movement for Black Lives in its call to defund massive police budgets by reinvesting in proactive, proven programs and strategies that will truly provide public safety for everyone. The expansive police budgets that mark our cities is a manifestation of a racial calculus that deems white and segregated neighborhoods as worthy of investment of positive social investments and Black and minoritized communities worthy of surveillance. The call to defund that system is a critical juncture in the process of making whole communities which have been fractured through systemic racism.

This is a crisis not only for cities like Minneapolis, Atlanta, and countless others. The problem of racist policing stemming from a culture of anti-Blackness is right here in our own backyard. We do not need to look any further than Bakersfield and Kern County, whose police departments have received international attention for being the deadliest in the nation.

We call on our local, state and federal representatives to return campaign contributions received from police unions. How can our elected officials hold law enforcement accountable if they are beholden to their campaign dollars?

As a multi-faith coalition, Faith in the Valley denounces the role that white supremacy has too often played within the Christian traditions that dominate the Central Valley. Too often, the logics of white supremacy have been tragically bound up within Christian theological discourse both past and present. Too often, Christian congregations—mainline liberal, evangelical, and Catholic—have lent their spiritual formation to the logics of whiteness and Black subjugation here in the Central Valley. Too often, Christian orientations have facilitated the expanse of racist policing practices and the expanse of the prison system in the Central Valley through their demonization of Black life and political activity. Complicity in white supremacy and silence against anti-Blackness is not limited only to Christian traditions, though they make up majorities of our Central Valley faith communities. All of our faith communities—Jewish, Muslim, and all brothers and sisters of faith—have too often been complicit and silent. Minoritized communities, while being vulnerable within a racist societal structure, also participate in anti-Blackness—thus aiding in the maintenance of our racist society. We call on all of us—Christians, Muslims, Jews, as well as the multitude of faith traditions that weave together a beautiful tapestry in the Central Valley—to collectively repent, reimagine, and work towards eradicating anti-Blackness in the Central Valley.

We are encouraged to see more and more of our congregations and institutions naming and proclaiming that Black Lives Matter. While that alone is an important start, the symbolic recognition won’t in itself make the statement true here in the Central Valley and across our country. In order for us to know and see Black lives truly matter in the Central Valley, we need those same congregations and institutions to stand for: divestment from police budgets and reinvestment into preventative practices such as Advance Peace, working to dismantle the prison system which is rooted in a “new Jim Crow” of anti-Blackness, deepening health care protection for minoritized populations, and increasing worker protections.

We are calling on ourselves and all congregations to move from their participation in the divestment of Black and minorotized communities through their political work, and into just systemic relationships with non-white people. The discourse on defunding police is nothing short of a conversation of imagination. We are asking people of faith to step into the arena of imagination and to both imagine and create a Central Valley that is not fundamentally marked by domination and exploitation. But one that is marked by wholeness, equity, and flourishing communities.

$5 Billion to Fund Peace ﻿and Community Reinvestment
Faith in the Valley applauds the Biden Administration’s historic plan to invest $5 billion dollars in evidence-based, community violence intervention programs over the next eight years.
Faith in the Valley Stands with Our Asian-American/AAPI Family
We mourn with our Asian-American/AAPI kin as they navigate a country that has a longstanding tradition of targeting them with legal and interpersonal discrimination and marginalization; they have experienced increased hate and violence since the outbreak of COVID-19.
Political Violence in California’s Central Valley
This installment of the Faith In the Valley Justice Interview Series is a conversation about political violence in California's Central Valley. Participants think through political violence as not reducible to white-nationalist protest violence, but rather political violence as constitutive to the structural reality of America itself.