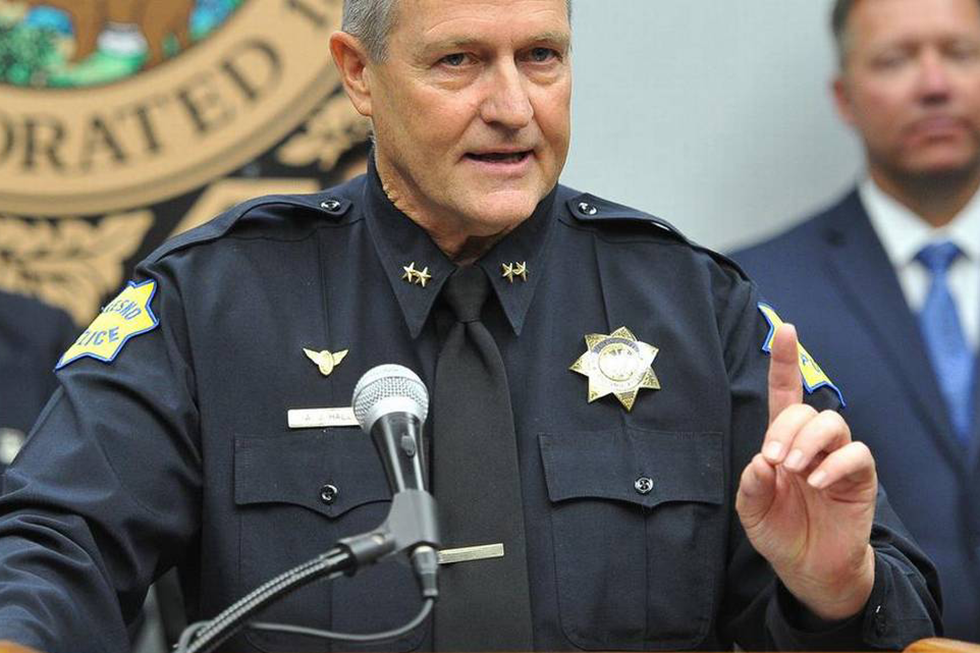 Fresno police chief Andy Hall took to Facebook on Thursday to voice frustration over a rise in crime, a lack of support for cops and a decline in attention to the victims of crime.

Recent crime statistics show Fresno has experienced a surge in violent crime with a 71% increase in shootings and a 64% increase in stabbings since April.

Hall blames “irresponsible decisions” made by state officials and the Judicial Council’s order to release criminals on zero bail as one of the reasons crime is on the rise.

The bail relief was granted to those arrested for misdemeanor and low-level felonies as a way to reduce the spread of COVID-19 in the jails.

Hall said he had no doubt those bailing out of jail were responsible for the spike in crime, although he offered no hard evidence of that in his post.

Sgt. Jeff LaBlue, police spokesman, said Hall has heard from his command staff that they are seeing a lot of repeat offenders committing crimes, including violent crimes.

In his post, Hall also was dismayed at what he says is an erosion of respect for law enforcement officers.

“Sadly, I also believe that the attack on the police profession and the lack of support from some of our elected officials is contributing to this spike in crime,” Hall said.

Nationwide, police departments are under intense scrutiny for the use of deadly force against Black Americans and Latinos. As a result, many have made calls nationwide to defund law enforcement.

Hall said that while he is against defunding law enforcement he supports the creation of Fresno’s Police Reform Commission. But he also worries that its recommendations will come without “holding those accountable who prey upon our citizens. “

Oliver Baines, a former Fresno city council member who heads the police commission, could not be reached for comment Thursday.

But Andy Levine, deputy director of Faith in the Valley, said he was troubled by Hall’s claim that movement to re-imagine funding for the police is causing an uptick in violent crime.

“That is just unprofessional,” Levine said. “The truth is the reason why violence occurs in our community is because we have funded so heavily the police departments in our city and our country at the expense of other, more pro-active things, in our community.”