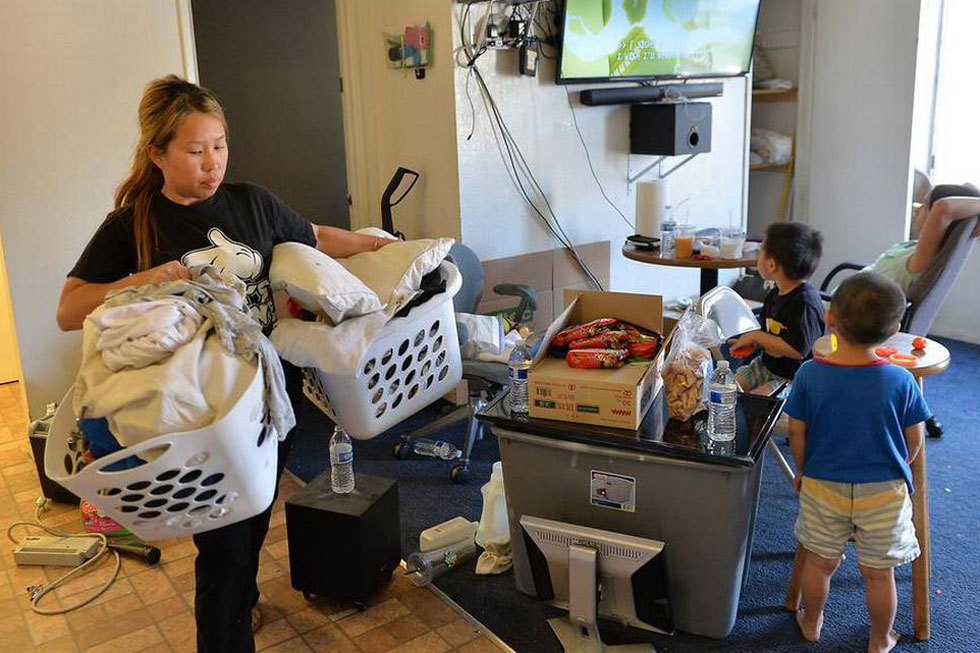 Every year in Fresno County court orders evict thousands of households — 3,000 plus — from their homes. Thousands more of informal evictions happen outside of the courtroom.

Evictions disrupt and devastate. Families lose their homes and possessions. They lose the safety and comfort of their neighborhoods. Children lose bonds with teachers and friends; their attendance, ability to focus, and academic performance suffer.

Perhaps most alarming is the correlation that Matthew Desmond, Princeton sociologist and Pulitzer Prize-winning author of “Evicted: Poverty and Profit in the American City,” found between evictions and suicide among single mothers.

Our findings on Fresno County evictions tell a complex story of economic burden — and profit. On average, with court fees and costs, an eviction quadruples what the tenant originally owed on rent. Meanwhile, court records since 2007 show that Fresno judges are awarding the top lawyer representing landlords about $1 million annually on eviction cases — money to be paid by tenants.

And these cases are easy to win — almost two-thirds of them resolve with a default judgment for the landlord because the tenant does not appear in court. When tenants do appear, only 1% of them have legal representation, while 73% of landlords have lawyers.

Why are renters forced to move in the first place?

Compared to neighborhoods with low poverty, eviction rates are twice as high in neighborhoods where there is severe poverty, and families, on average, pay over half their income for rent. Unsurprisingly, many cannot sustain that rent burden and fall behind.

But it’s rare to fall far behind. Landlords tell a story of “deadbeat tenants” who live for months on the landlord’s dime, while the landlord goes bankrupt. In fact, 40% of tenants are one month behind, or less, when they get an eviction notice, another 42% are one month plus late fees, and most of them are out of their homes within 32 days. Our data shows a range of as little as six days to a maximum of 77 days before a tenant is forced out.

And failure to pay is not the only reason renters are evicted. Among the 1,000 unlawful detainer cases we examined, 11% were nonrent related. Evictions happen for many reasons.

We learned about Barbara, 73, and Steve, 75 (not their real names). They were served an eviction from their senior-living community for “unauthorized occupants.” But if someone you loved needed a place to stay, would you turn them away? Or would you risk violating your lease to shelter them? Their case is not unique.

They Knocked on an Atwater Door Saying They Were Cops. They Were ICE, Advocates Say

A handful of people were picked up by immigration agents in Atwater during the weekend, according to advocates and a witness. The U.S. Department of Immigration and Customs Enforcement, known as ICE, did not confirm the number of arrests from Sunday morning, but advocates for undocumented immigrants told the Sun-Star five people were picked up in deportation efforts in Atwater.

We Need Everyone to Denounce White Supremacy, Fresno Faith Leaders Say After Attack on Mosques

“Fortunately, one of the best ways that we have to counter this is our expressions of love, and here in the Fresno region and the Central Valley, it’s not hard. We have such a beautiful interfaith community that comes together both in wake of tragedy, but also just because we love each other," said Rabbi Rick Winer.

According to Sierra Health Foundation, one in three children in the Valley lives in poverty, and in some counties nearly half of all children live in neighborhoods with high poverty rates. “Our policymakers cannot solve the problem of inequity in the state between race, income and health, or help the state truly be the Golden State, unless we examine and confront the complex issues that continue to plague the San Joaquin Valley,” said Pastor Trena Turner, Executive Director, Faith in the Valley.
This Post Has 0 Comments