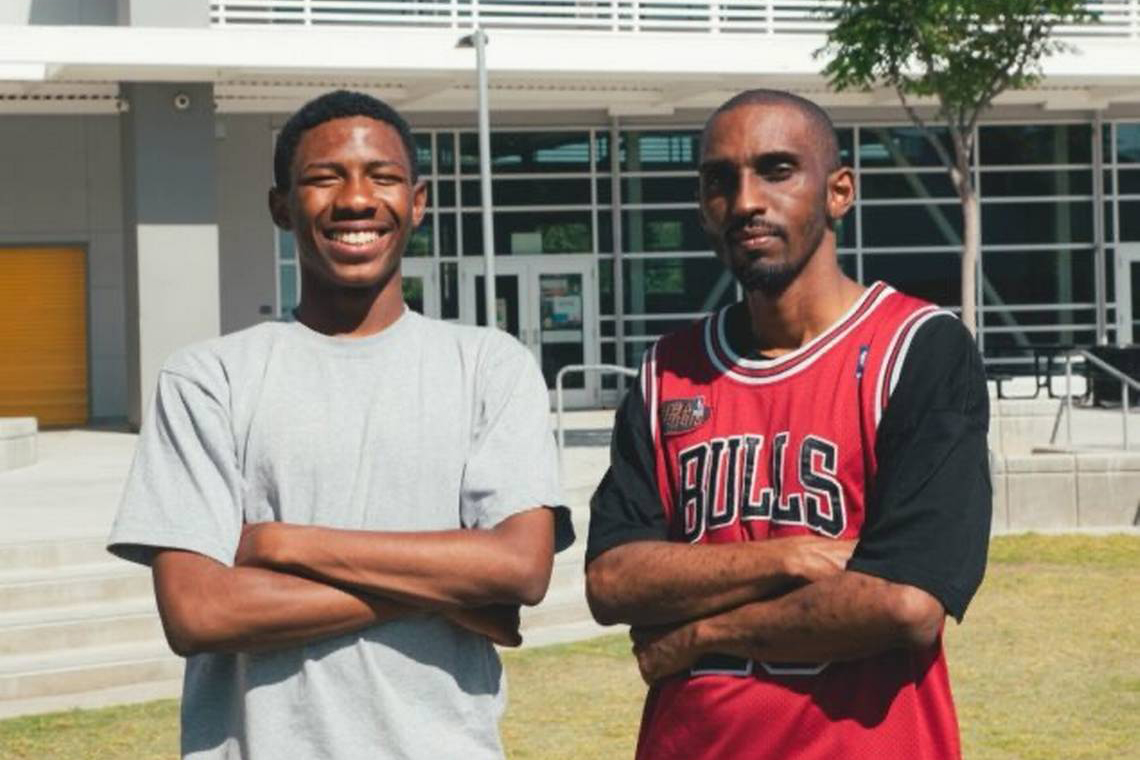 Kieshaun White, 20, youth environmental justice advocate, has dedicated the last four years to studying air quality in Fresno, horrified at his findings that people in north Fresno have a higher life expectancy — up to 25 years — than those in south Fresno.

“My community doesn’t even know how this affects their lives,” White said.

White has been working to challenge community and city leaders to recognize the connection between environmental factors such as air quality and gang and gun violence and treat this as a public health concern rather than a criminal justice issue.

The most recent youth shootings involved a 15-year-old in southeast Fresno on Nov. 15, and a 13-year-old boy from central Fresno on Nov. 24 — two areas highly impacted by gun violence. The city has seen a steep climb in gun violence this year with 63 homicides.

Marcel Woodruff, lead organizer with Faith in the Valley, said the most active pockets of town are known to have some of the worst air quality in Fresno.

“This is not a coincidence,” Woodruff said.

In 2015, White’s older brother, Deondre Howard, 21, a popular Fresno City College athlete, was shot outside of their home and killed. Only 14 years old at the time, White made the commitment to learn more about the environmental factors that negatively impact communities like his, resulting in gang and gun violence.

With the support of his mentor, Woodruff, White started the Fresno Healthy Air nonprofit and the Kieshaun White Healthy Air Experiment in 2016.

Woodruff and White divided Fresno into four quadrants — Northwest, Northeast, Southwest and Southeast — and measured the air at five schools in each quadrant, using a fine particulate matter reader to find the median level of pollution.

This experiment is conducted every year, with the most recent results collected in January. The national standard for PM 2.5 levels is 12 particulate matter per cubic meter.

In the most recent experiment, the readings from each of the four quadrants exceeded the national standard, with the Northwest by 1.81 times; the Northeast by 1.87 times; Southeast by 2.11 times and Southwest by 2.27 times. The average Fresno resident breathes in PM 2.5 at levels approximately twice the national safety standard.

According to the Fresno Air Quality Index (AQI), most of Fresno’s pollution comes from emissions from vehicle and cargo truck traffic passing through the Valley, factory emissions from industry and farming operations, pesticides and airborne chemicals from agricultural processes and the smoke from nearby wildfires that hovers over the city.

Read more at The Fresno Bee.

$5 Billion to Fund Peace ﻿and Community Reinvestment
Faith in the Valley applauds the Biden Administration’s historic plan to invest $5 billion dollars in evidence-based, community violence intervention programs over the next eight years.
Faith in the Valley Stands with Our Asian-American/AAPI Family
We mourn with our Asian-American/AAPI kin as they navigate a country that has a longstanding tradition of targeting them with legal and interpersonal discrimination and marginalization; they have experienced increased hate and violence since the outbreak of COVID-19.
Political Violence in California’s Central Valley
This installment of the Faith In the Valley Justice Interview Series is a conversation about political violence in California's Central Valley. Participants think through political violence as not reducible to white-nationalist protest violence, but rather political violence as constitutive to the structural reality of America itself.