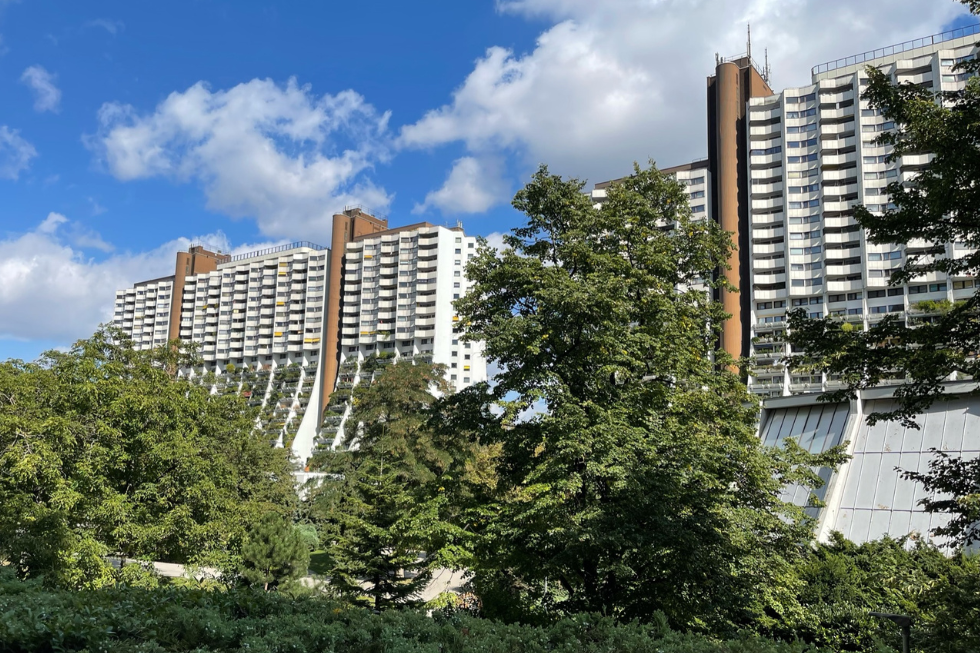 What would it take to solve the housing crisis for the Central Valley (and California as a whole)?

Many of the answers are in Vienna, Austria.

Since 2009, Vienna has been ranked 10 times as the most livable city in the world. That’s because housing at all income levels is plentiful and Vienna’s 1.7 million households spend about 27% of their income on housing—a fraction of the cost of the average California household.

Thanks to the Global Policy Leadership Academy and the Chan Zuckerberg Initiative, Faith in the Valley’s Regional Advisor, Dr. Janine Nkosi, recently got to spend a week in Vienna with other California housing thought leaders to take a look at how a city that once had the worst housing in Europe figured out how to solve the problem.

The lessons learned provide a roadmap toward sustainable, high-quality, permanently affordable housing for everyone in California and the Central Valley. Vienna’s almost there, so why not us?

Let’s see what they learned.

What to know about Vienna’s social housing model

Over 100 years ago, Vienna began a pioneering social housing program in response to rapid rent escalation, overcrowding, a major health epidemic and widespread housing insecurity that emerged after World War I.

Today, walking around Vienna, you will see that there is virtually no visible homelessness.

The vast majority of Vienna’s residents, about 73%, are renters and over 60% live in some form of high-quality social housing that’s directly connected to an abundance of amenities like childcare, public transportation, cafes, healthcare, green space and grocery stores.

Rents are stable and regulated and rental agreements have no expiration date. As resident’s income grows, their rent remains low—allowing people to save, plan and enjoy life.

As a result, people have financial security, neighborhoods have social sustainability, and the city as a whole is thriving.

Unlike the United States where neighborhoods remain hyper-segregated along racial, ethnic and social class lines, social housing can be found in every corner of the city where people of all incomes, backgrounds and identities co-exist together. In any one development, you might find retired grandparents, tech workers, custodians, recent refugees and people from all walks of life.

People with no income, such as seniors, are never pushed out of their homes and communities. They’re eligible for rental assistance and don’t have to wait years for it.

Older adults can transfer housing to their children at the same monthly rental rate, helping future generations to thrive. And students are guaranteed high-quality housing at a very low rent.

What it takes to build an affordable housing community

Here’s an example of what the group saw during the Vienna trip.

The recently completed GLEIS 21 building has 34 private housing units upstairs, and a number of apartments are dedicated to supporting refugees. There are also shared areas like a communal kitchen, library, sauna, gym and laundromat—as well as a music school, eateries and a cultural café for community meetings.

The development is part of the surrounding social housing community called Sonnwendviertel, which includes 5,500 apartments for about 13,000 residents, 20,000 jobs, a school campus, office buildings, numerous stores and a large park.

Dr. Nkosi noticed that, in Sonnwendviertel and throughout Vienna, people have plants everywhere.

People in Vienna are proud of where they live. There’s no stigma attached to being a renter or living in public housing and they understand that social housing ensures a high quality of life for everyone.

Can you imagine if things were like this in the United States? In California? In the Central Valley? Can you imagine living in a city where no one was worried about their housing?

What does it take to bring this to the Central Valley?

We know this model works. Vienna has been committed to high-quality, deeply affordable housing for all of its residents for over 100 years. Today, Vienna’s elected officials, business leaders, educators and residents, in general, value housing as a human right and a public good.

But commitment and values alone are not enough. It takes resources and policy to provide social housing at a scale that actually makes a difference.

Currently, the city of Vienna owns, manages and indirectly controls nearly half a million housing units.

To generate resources to pioneer their social housing model, Vienna initially collected revenue from a luxury goods tax, which helped them to build their first 65,000 homes.

Now, the city generates public funding from two main sources: revenue from their existing city-owned social housing stock and a 1% income tax split between residents and business. Combined, Vienna generates $450 million annually to reinvest into the housing system! California could do something similar by developing a statewide stable revenue source to support a social housing model.

To keep up with ongoing demand for housing, the city buys land for new housing and controls the development process through thoughtful zoning practices and by hosting developer competitions. This process ensures social sustainability, high-quality design, environmental standards and economic feasibility.

Because the city maintains a large affordable housing stock—and the city is consistently adding to it—middle-income residents who live in social housing don’t typically crowd out lower-income residents. The city also invests in the upkeep of the existing stock to ensure it remains high-quality. As a result, social housing developments don’t become segregated by class.

Finally, the group learned from Vienna’s top researchers and planners about innovative sustainable building and about their goal to achieve carbon neutral social housing communities and to ensure that 50% of all land remains green space.

Does this mean everything is perfect in Vienna? No. We have much more to learn about how marginalized people—especially the disabled, the queer and trans community, refugees and the Muslim community—are faring overall in the city. We learned that, even in the most liveable city in the world, there must be a commitment to constantly critique and reform the housing systems to make sure that everyone is truly included.

The Central Valley has been facing its own affordable housing crisis for decades and the pandemic only made things worse. It was inspiring to see viable solutions that we could bring here.

From the group’s trip, we learned that a system of housing that prioritizes people over profits is possible. And Vienna has a great roadmap to help us make leaps and bounds to get there.

“Coming out of this trip, I feel more grounded and hopeful in the Homes Guarantee vision,” Dr. Nkosi said. “This is what we need. We can make this happen.”

To learn more about our time in Vienna and to join the growing movement to bring social housing to California and the Central Valley, follow us on social media and join our mailing list.

Help Faith in the Valley empower bold grassroots leaders like Carmen, who found her voice…