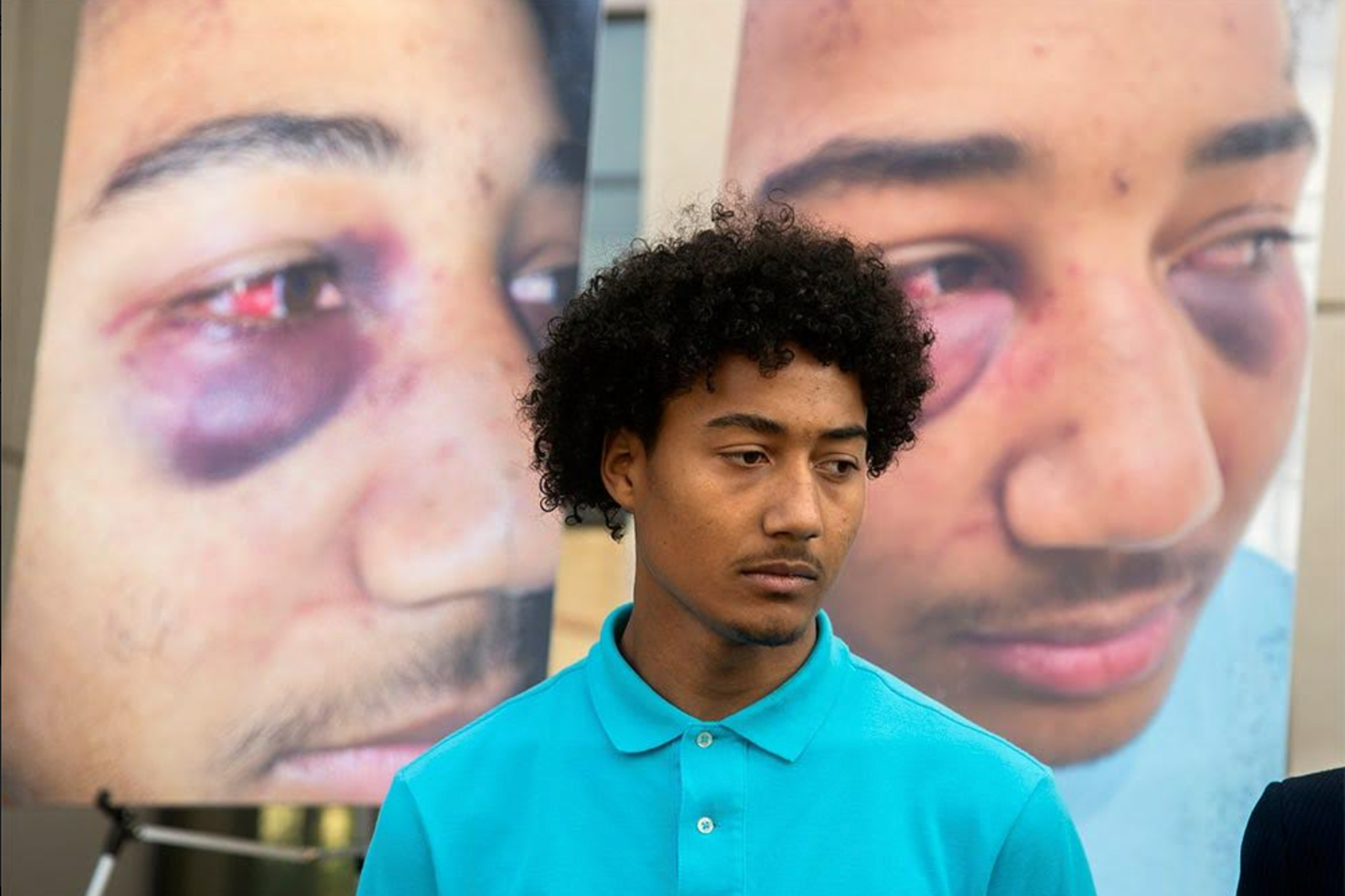 Two Stockton police officers were indicted in September by the San Joaquin County District Attorney and Grand Jury for the brutal beating of 17-year-old Devin Carter during a traffic stop in December of 2020. Earlier this year, the same two officers were fired from the department for excessive force in the case.

Faith in the Valley and partners, The Gathering for Justice and LIVE FREE USA, have supported Devin and the Carter family since the night of the traffic stop and launched the #Justice4DevinCarter campaign following the incident.

“It’s been a very difficult process. It’s the start to a new beginning and the city of Stockton has taken a step towards making things right,” said George Carter, Devin’s father. “It’s not going to heal the wounds that Devin has suffered and the lifelong trauma that is going to come. However, it is a step in the right process, in the right direction.”

Less than two weeks after the indictment, Governor Newsom signed a series of police reform bills into law, including one that decertifies abusive police, like those who assaulted Devin, preventing them from seeking employment in law enforcement elsewhere. Leaders with FIV were part of a successful statewide campaign that led to California legislators passing the bill.

“We cannot make things change if the community doesn’t step up and acknowledge the fact that Black and brown young men and women are fearful when they are pursued, pulled over and stopped by law enforcement officers,” said Toni McNeil, one of our community organizers.

Our leaders are committed to holding local law enforcement and policy makers accountable to the demands of the family and community, including conviction of the officers who were recently indicted, development of an accompaniment policy for arrested minors, as well as ongoing advocacy for alternatives to policing. Two additional officers who were involved in the traffic stop, witnessed the beating, and did not intervene, remain on the force.

Read more about the indictment at Recordnet.com.

WASHINGTON — Yesterday, the Senate Parliamentarian recommended against including immigration provisions in the Build Back…

Participatory Defense Team, Attorney Stop Juvenile Transfers to Adult Court, Preventing Youth from Facing Life Sentences
Last December, our participatory defense team began working with the teen in detention, his family and Ashok. The team, composed of Faith in the Valley grassroots leaders and congregations, works to accompany individuals facing criminal charges and their families. To support this young person, the team created a “socio-bio packet” highlighting the stories gained from talking to him and his community. When submitted, the packet provided the court with a more humanizing picture of his life and circumstances.