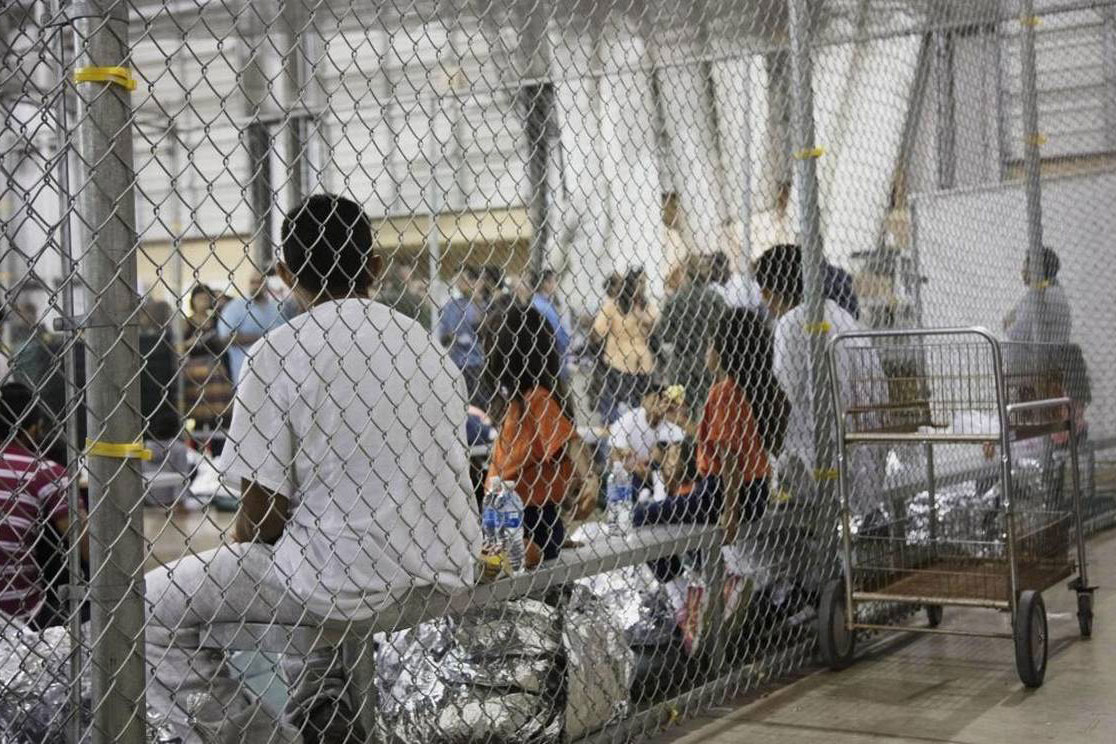 The Rev. Misael Avila of St. Frances of Rome Catholic Church in Riverbank joined faith leaders in Stanislaus County and throughout the country denouncing the Trump Administration’s zero tolerance illegal immigration policy, which has separated about 2,000 children from their families housed in makeshift border patrol detention centers.

“The Trump Administration wants to make you believe that they are just enforcing the law when, in fact, there is no law that says children should be separated from their parents,” Avila said Monday. “It’s just another lie from this administration.”

A group of congressional lawmakers on Sunday visited an old warehouse in South Texas, where hundreds of children are being held in cages created by metal fencing. One cage held 20 youths, the Associated Press reported.

Avila said immigration laws can be enforced in a more compassionate way. He said previous administrations, both Republican and Democratic, have enforced the law by keeping detained parents and their children together.

President Donald Trump on Monday said that children “are being used by some of the worst criminals on earth” as a way to enter the United States, the Associated Press reported.

Faith in the Valley is a multi-faith nonprofit group of congregations that offers help to under-served residents in Stanislaus, Merced, San Joaquin, Fresno and Kern counties. Avila, speaking on behalf of his parish and the Stanislaus chapter of Faith in the Valley, said Trump’s “zero tolerance” policy is simply dividing families at the U.S.-Mexico border.

“It just breaks my heart to see children being separated from their parents,” Avila said. “There is simply no justification for it.”

In defending the policy on Thursday, U.S. Attorney General Jeff Sessions cited the Bible “… in Romans 13, to obey the laws of the government because God has ordained them for the purpose of order.”

Sessions recently announced a “zero tolerance” policy when it comes to prosecuting those arrested for illegally entering the country. Nearly 2,000 children were taken from their parents over a six-week period in April and May.

Avila said Sessions conveniently attempts to justify this policy with the Bible citation, which talks about obeying the law rooted in love. He said he doesn’t see any love in separating innocent children from their parents.

“If our local representatives in Congress don’t do their job by courageously denouncing this unjust policy that rips apart our families and communities, we should hold them accountable on Nov. 6 when we vote,” Avila said.

Faith in the Valley Youth surveyed nearly 100 students from over 11 high schools in the Kern High School District and over 90 percent of these students agreed that they would not want to see armed teachers and staff. We are fighting for our right to peacefully go to schools without having to worry about being slain by a gun.

San Joaquin County residents, overall, are struggling to prosper, researchers say. And while the community is lagging behind other counties, the largest group of people affected by disparities continues to be minorities, particularly black residents, which make up 6.7 percent of the county’s population.

Reza Nekumanesh, Executive Director of the Islamic Cultural Center of Fresno, stated “Policies driven by hatred and fear are destructive to families and this nation as a whole. We pray that lawmakers and citizens work to eradicate ignorance, for it gets in the way of our ability to be productive together.”
This Post Has 0 Comments