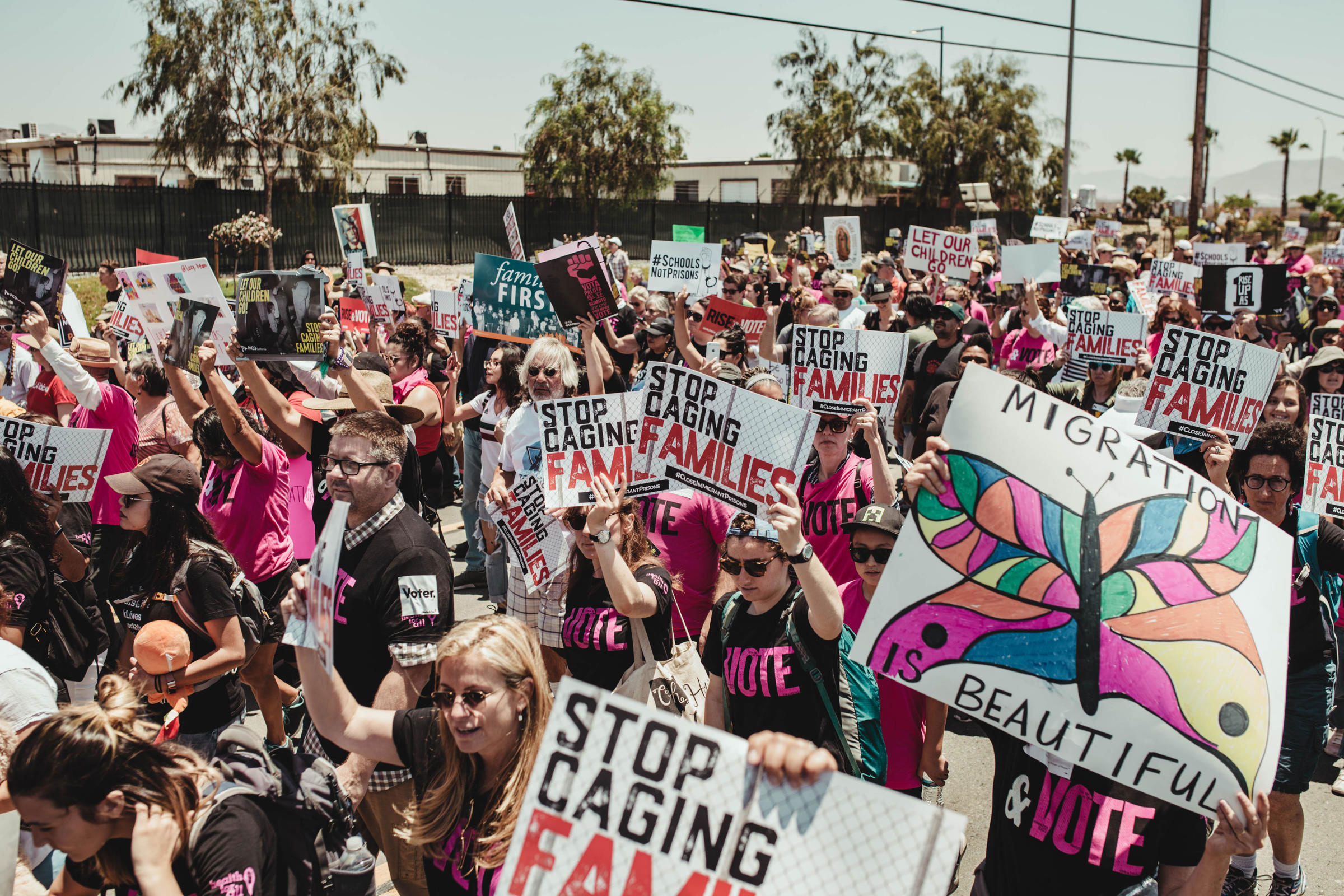 About 50 people across the San Joaquin Valley packed their bags and headed to a detention center in San Diego.

The group represented Faith in the Valley, an organization that advocates for immigrants, low-wage workers and former inmates. Trena Turner,  the executive director, says they went to the Otay Mesa Detention Center, which has been open for three years, to protest the effects Trump’s policy has had on families.

Although Trump has changed his policy of separating families at the border, his strict immigration rhetoric has sparked protest around the country. Turner says they got their message across.

“I think that a change will be made and I think that we have a group of people across the Central Valley and the nation that at this point is saying, ‘Enough is enough,'” says Turner. “We are embarrassed over our nation and embarrassed over the things that our administration is doing.”

Turner says Faith in the Valley protested against the separation of families and were accompanied by hundreds of other protesters. While they were chanting, they noticed they weren’t the only ones.  Turner says they were joined by detainees being held inside.

“We had to actually have our side quiet down to be able to hear the cries on the other side of the people,” says Turner. “Oh my God, that was such a mix of emotions for me because beyond reading about, hearing about it, believing, you know, about it, seeing some things in the news. That moment, hearing the actual voices and the pain in the cries of the people was very moving for me and a lot of the people in the crowd.

Protestors even blocked access to a gate at the Otay Mesa Detention Center, says Tuner.

“The sheriffs ultimately refused to arrest us,” says Turner. “They would not. And we took over that space for a few hours.”