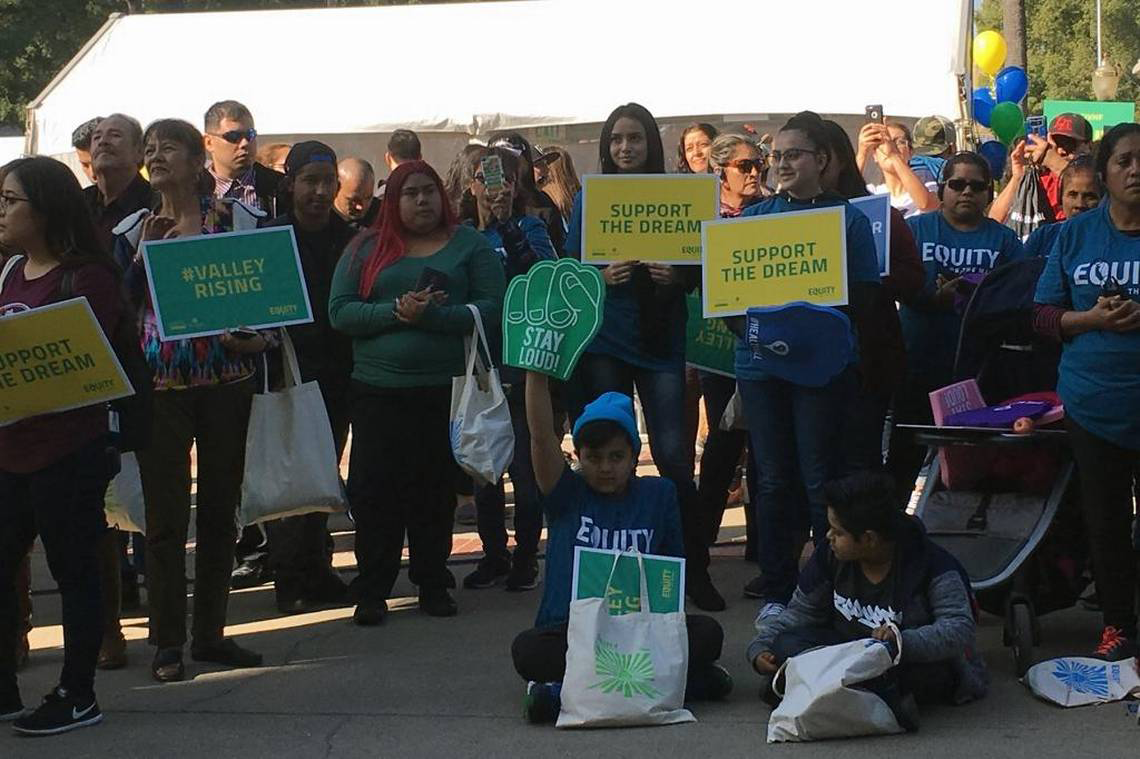 They arrived. They made their voice heard. They demanded equity for all. And they advocated for policy changes.

More than 1,500 people, residents, community leaders and local elected officials from the San Joaquin Valley, rallied in Sacramento during the ‘Equity on the Mall’ day of action held on Thursday, Feb. 8 at the State Capitol.

Their goal was to bring much-needed attention and a sense of urgency to the health challenges that children and families living in the San Joaquin Valley face including the lack of access to health care, clean water and food.

“Last year, we wanted to let policymakers know that the Valley is rising and will no longer be overlooked and left behind,” stated Chet P. Hewitt, president and CEO, Sierra Health Foundation and The Center. “This year we bring a message of hope and expectation, calling for actionable steps to improve the health of the Valley.”

The Sierra Health Foundation was one of the organizers of the rally.

The day of action also included the unveiling of the San Joaquin Valley Health Fund’s 2018 policy platform which focuses on the key issues of health, education, environment, land use planning, and immigration.

“The power of the people is real and growing in the San Joaquin Valley,” said Rendón. “We as a legislature are committed to building a movement across issues, ethnicities and counties so that future generations have a healthier future.”

“As a public servant, I am the voice of the voiceless,” said Arámbula.

According to Sierra Health Foundation, one in three children in the Valley lives in poverty, and in some counties nearly half of all children live in neighborhoods with high poverty rates; Tap water is unsafe to drink for students in one in four schools; while there are significant disparities in educational opportunities and performance between the diverse racial and ethnic populations in the Valley; and more than one in four children doesn’t have access to nutritious foods as well as San Joaquin Valley children ages 10-17 face a greater risk of being incarcerated, with the felony juvenile arrest rate higher in every county than the statewide average.

“Our policymakers cannot solve the problem of inequity in the state between race, income and health, or help the state truly be the Golden State, unless we examine and confront the complex issues that continue to plague the San Joaquin Valley,” said Pastor Trena Turner, Executive Director, Faith in the Valley.