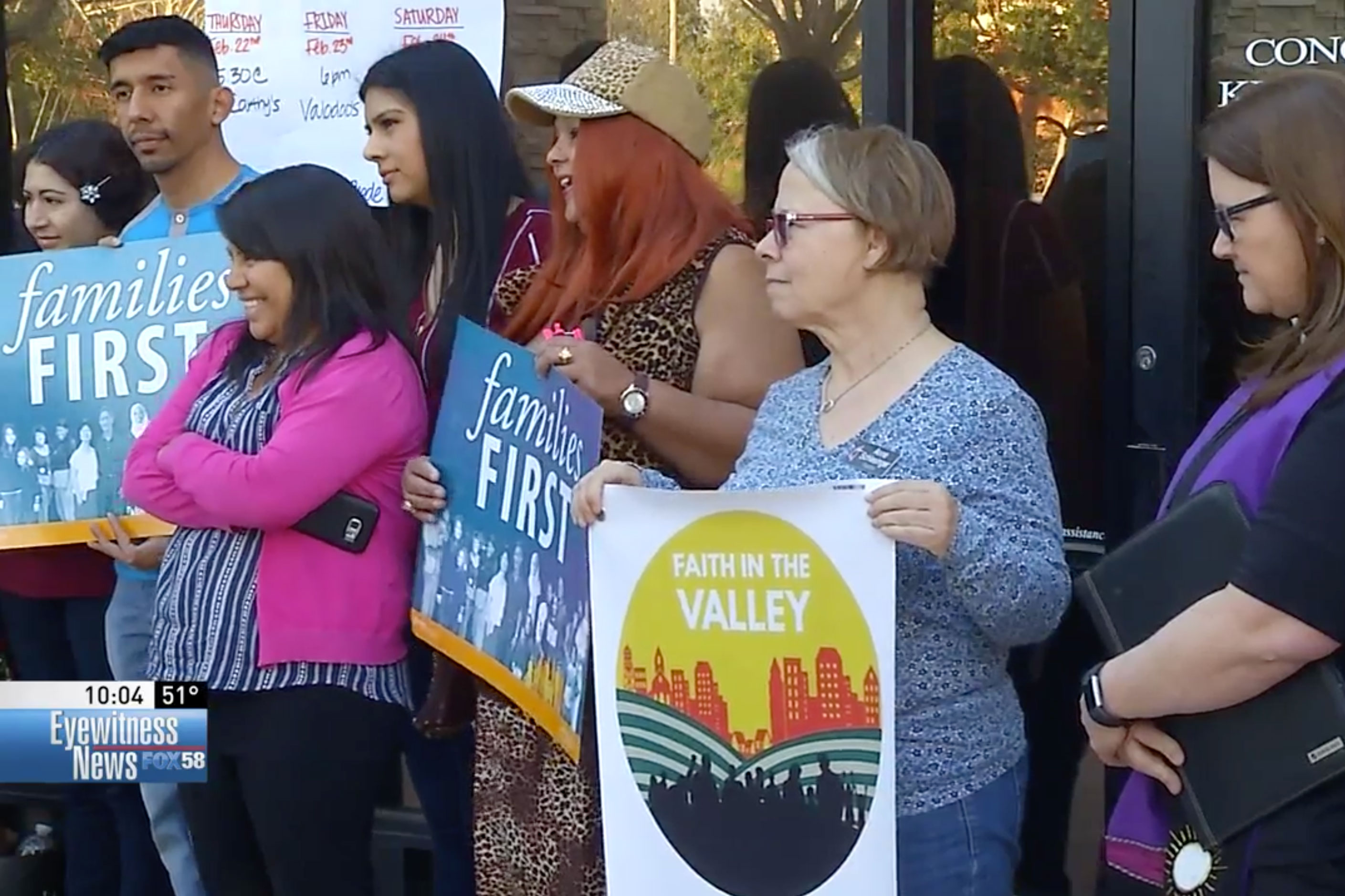 The 40 days of lent have begun and here in Bakersfield, that means 40 days of protests.

The people behind the demonstrations said they’re giving up a little bit of their time for lent in hopes of getting permanent protections for children brought to the country illegally.

Faith in the Valley Kern is a network of churches and congragations and you’ll see them fighting for DACA recipients outside local congressional offices until Easter Sunday.

It’s the first of what will be many rallies calling for a “clean dream act”.

The group calls it “40 Days for Action” as they plan to rally all 40 days of lent and they’ll keep coming back until they get what they’re looking for.

“If I get a promise on day 22, on day 22 I’m still going to be here even if I’m standing here alone with my rosary and God. That’s it,” said Stephanie Smith, a prayer leader and rganizer of the lent rally series.

Also among the ralliers was Josephina Villarreal, a mother of seven, who said she’s going to get to as many rallies as she can of the 40 in support of the mother’s of DACA recipents.

We all need to just stick together,” said Villarreal. “Everyone deserves to be here and so I’m here in solidarity.”

GEO Group’s Plan to Convert Two Central Valley Prisons Into ICE Detention Centers Put on Hold
McFarland residents — many of whom work in the region's agricultural fields — "were not provided with a fair and transparent process in the vote for this detention center, and were shut out by those who are supposed to represent them," Pastor Trena Turner, executive director of Faith in the Valley, said in a statement. "We are hopeful that this temporary hold is a step towards progress, and that the resiliency of the community and legal partners will result in a permanent example of justice for the Central Valley, the state and the rest of the country."
Let’s Continue to Stand Up, Fight for Those in McFarland
The Roman Catholic Diocese of Fresno represents about one million Catholics and, hopefully, inspires others, including folks who reside in the town of McFarland. Often it is those very same folks who inspire us and I am immensely proud of the parishioners at St Elizabeth’s Catholic Church in McFarland who, along with many others, put their faith into practice and stood up for themselves, their neighbors, their community and this country by...
A Town of Immigrant Farm Workers Says No to an ICE Detention Center
Tuesday night’s commission meeting saw a stream of residents come to the podium, urging city leaders to remember who lived in their town. "You can find other options, but don’t bring ICE. In the long term, the McFarland community will suffer.”