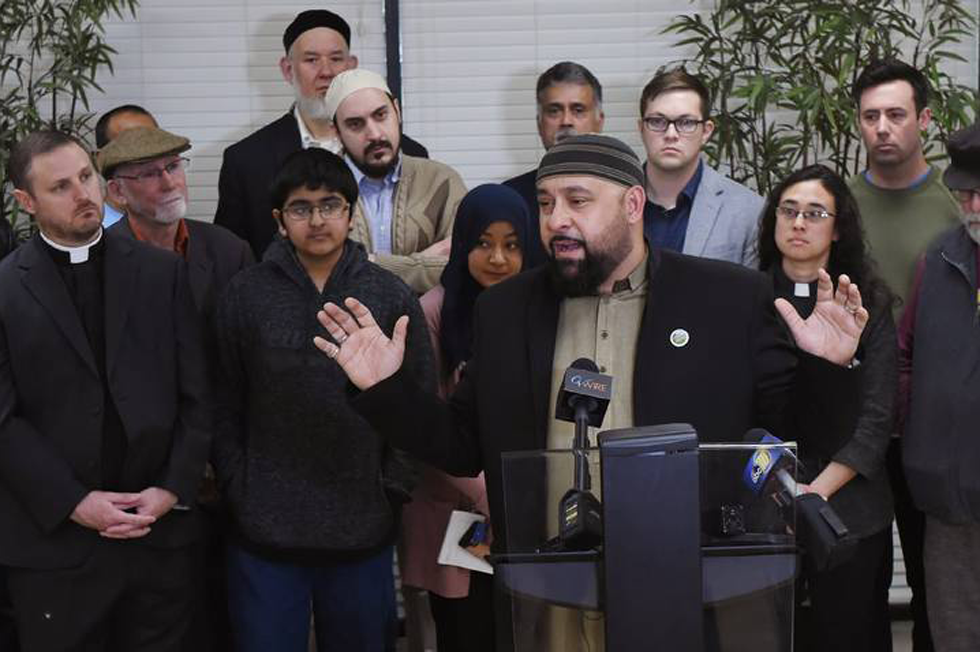 Hatred in all its forms – including white supremacy, bigotry, and racism – was denounced by Fresno religious leaders in the wake of a deadly terror attack Friday in New Zealand.

The mass shooting in Christchurch killed at least 49 people worshipping at two mosques in a slaying broadcast in live video by an immigrant-hating white supremacist wielding at least two assault rifles and a shotgun.

Sheikh Thabet Anani, imam of My Deen, said, “it just felt so close to us – it felt like it could happen here” of the terror attack. He spoke during an interfaith news conference at his Islamic center in northeast Fresno.

Anani said the mass shooter wrote the name of another mass shooter in a different country on his gun and that “crime, terrorism, somewhere will incite or inspire terrorism everywhere.”

“Fortunately, one of the best ways that we have to counter this is our expressions of love,” Winer said, “and here in the Fresno region and the Central Valley, it’s not hard. We have such a beautiful interfaith community that comes together both in wake of tragedy, but also just because we love each other. And we really hope that it will serve as a symbol, as a reminder, to communities throughout the world because, as we’ve heard, if an act of terrorism can inspire someone in another country, perhaps these acts of love that we see so commonly here in the Central Valley can also inspire the world.”

Despite Being Denied by City Council, Fresno Gets Legal Fund for Undocumented After All

Numerous cities have dedicated public money to similar efforts in the face of increased immigration enforcement under the Trump administration, including Los Angeles and Chicago. But the Fresno City Council voted down a proposal in June to contribute public money to such a legal defense fund. “Even so, our community did not leave that day feeling defeated. We felt empowered,” Faith in Fresno organizer Sukaina Hussain said.

According to Sierra Health Foundation, one in three children in the Valley lives in poverty, and in some counties nearly half of all children live in neighborhoods with high poverty rates. “Our policymakers cannot solve the problem of inequity in the state between race, income and health, or help the state truly be the Golden State, unless we examine and confront the complex issues that continue to plague the San Joaquin Valley,” said Pastor Trena Turner, Executive Director, Faith in the Valley.

Thank You for Your Bold Leadership in 2017

It’s hard to believe that just one year ago, 1,500 of us stood together and publicly launched Faith In The Valley at the Founding Convention. We are so proud of all that we have accomplished together since then. One of the many big wins across the Valley this past year is the new breakthrough rental housing inspection program to enforce healthy standards for rental properties.
This Post Has 0 Comments