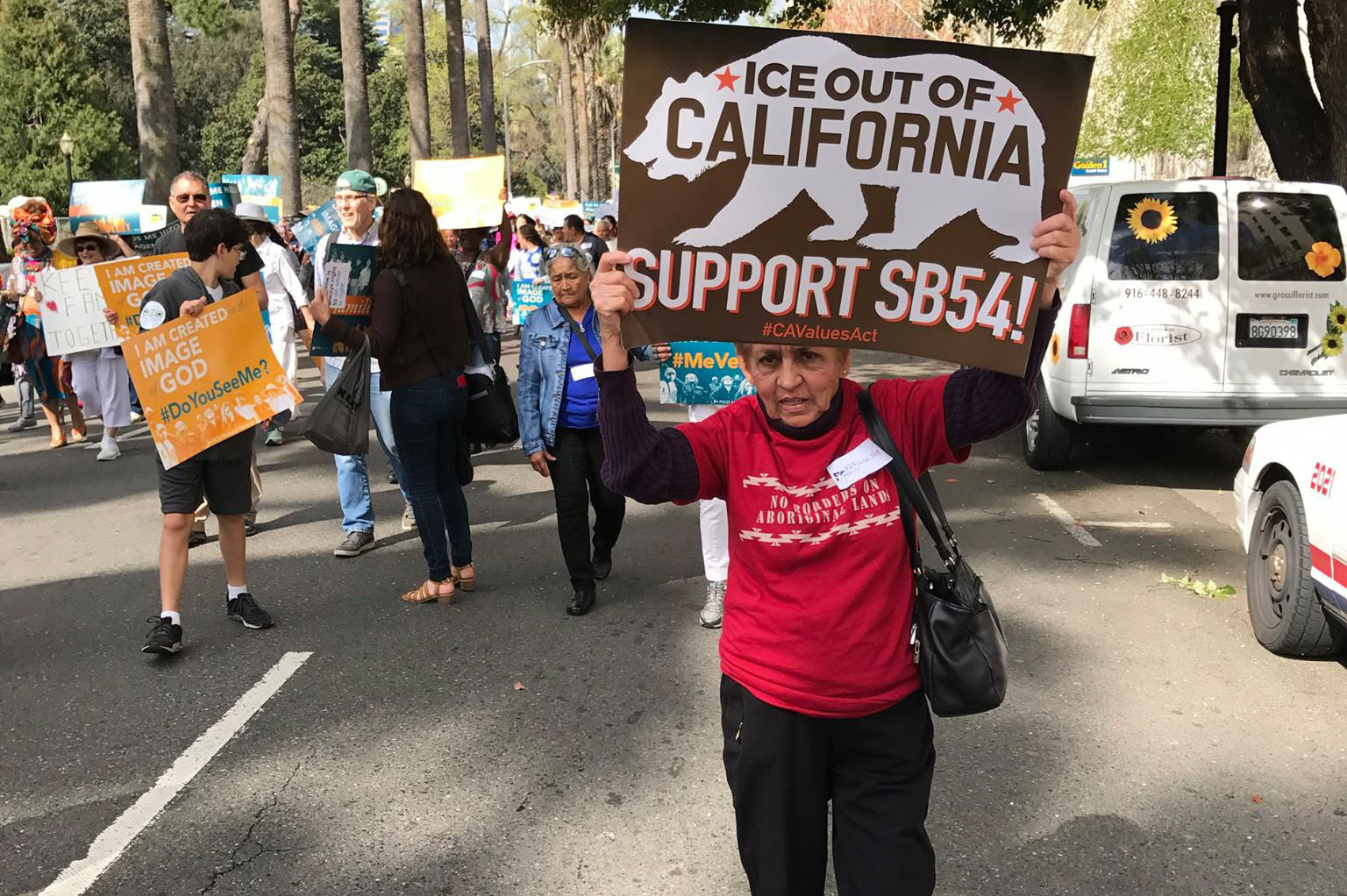 After nine long months of communities and congregations struggling to defend themselves against the rising tide of deportations that are ripping families apart, SB 54, the California Values Act, has been signed into law.

Faith in the Valley, along with PICO California and its 400 member congregations across 24 counties, thank Governor Brown, Senate President Pro Tem Kevin De León, his staff, and the membership of the California State Legislature for passing strong legislation that will allow thousands of families to stay together during a time of increasing danger for immigrants and communities of color across the state.

While SB 54 is not perfect, it establishes a critical new firewall between immigrant families and the federal deportation machine, since 60%-70% of all deportations in California originate in our jails and prisons. This is a crucial step in the right direction towards disentangling local law enforcement from ICE, since SB 54:

“SB 54 is more than just a bill – it is a moral statement about the sanctity of families, redemption, mercy, and second chances for immigrants and citizens alike,” said Joseph Tomás Mckellar, Co Director of PICO California. “SB 54 will ensure California leads the country towards keeping thousands of families united while rebuking the demonization and scapegoating of immigrants and other racially and economically excluded groups.”

“People who follow what God asks of us should rejoice in the passage of SB 54! More than anything else, the Bible asks, even commands, us to take care of the sojourner, the foreigner, along with the poor and oppressed. This bill will help us enact such care and compassion in California,” said Rev. Dr. Tim Vivian, Priest-in-Charge, St. Paul’s Episcopal Church, Bakersfield (Faith in the Valley).