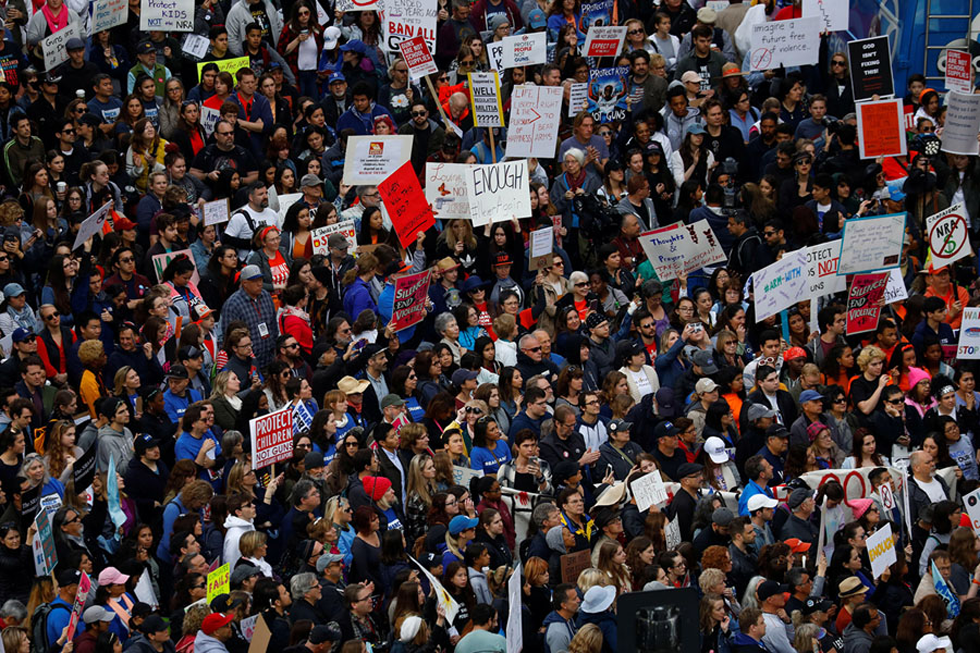 There have been a number of articles in the past discrediting the voice of young people. An April 11 article stated, “Maybe you students can find the answer to all these school shootings by using your smart phones, or maybe your smart phones are part of the problem. As for now, this adult won’t put much credence into your marches against guns until you grow up, graduate, get a job, pay taxes and raise a family.”

Does this mean that because we own a smartphone we don’t deserve to feel safe? A lot of our peers do not even own a phone. How would smartphones be part of the problem? If anything smartphones have given us more knowledge of what’s really going on in the world, in our country, and in our county.

That’s why you see such a big crowd of teens wanting to organize and participate in these marches and use their voice. We don’t want to be the generation that keeps quiet.

Maybe if adults put the same effort into seeking change as they do criticizing us, we’d bring about change a lot faster. We put our lives on pause because we are forced to defend them. The notion that because we are young our feelings, safety, and opinions are invalid is absurd. A lot of us work multiple jobs to help pay bills at home, help take care of and raise our siblings, and have already started taking college classes to get ahead. We deserve to be heard.

A lot of people are disconnected from what really happens in our high schools. Many of our teachers show a clear negative bias towards students whose beliefs are different and whose skin color is different from their own. We do not feel comfortable around certain teachers and we should not have to be put in an uncomfortable situation in which we feel unsafe. We don’t need guns on campus.

We need more resources for troubled students and strong gun reform. The school system does not value us or our opinion as young adults and students. Where is our voice?

Another article, on March 31, stated that a good guy with a gun is the only way to stop a bad guy with a gun. This concept championed by the NRA is the exact same idea as fighting fire with fire. If anything this will increase the number of accidental shootings and make students feel uncomfortable and unsafe.

Teachers are constantly oblivious to what goes on in their classroom, many teachers leave their class unattended periodically, so who is to say that a student wouldn’t be able to access or fire the gun. Even if teachers were trained to handle weapons, this would bring an element of discomfort among students.

Faith in the Valley Youth surveyed nearly 100 students from over 11 high schools in the Kern High School District and over 90 percent of these students agreed that they would not want to see armed teachers and staff.

We are fighting for our right to peacefully go to schools without having to worry about being slain by a gun. We have the courage to go out and do something about it instead of just making a status on our social media about our “thoughts and prayers,” as many adults and many of our representatives do.

Read more at the Bakersfield Californian.