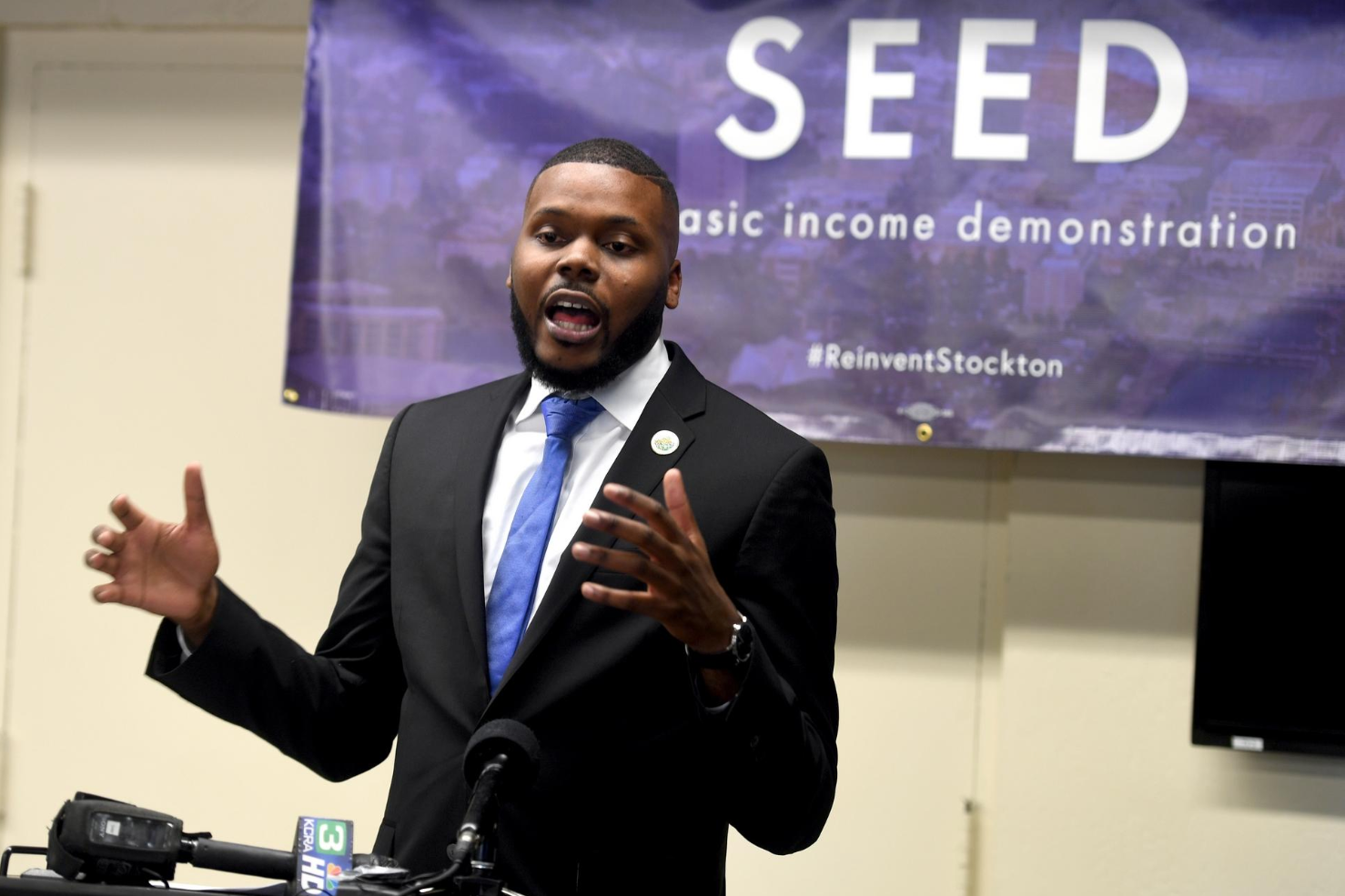 Michael Tubbs, the 27-year-old mayor of Stockton, California has a radical plan to combat poverty in his cash-strapped city: a ‘no strings’ guaranteed basic income for residents of $500 a month.

Starting in early 2019, Tubbs plans to provide the monthly stipend to a select group of residents as part of a privately-funded 18-month experiment to assess how people use the money.

“And then, maybe, in two or three years, we can have a much more informed discussion about, kind of, the social safety net, the income floor people deserve and the best way to do it because we’ll have more data and research,” Tubbs told Reuters.

The idea of governments providing a universal basic income to their citizens has been gaining traction globally. The Finnish government is running a two-year trial to provide 2,000 unemployed people with monthly payments of approximately $660. In Alaska, each resident receives an annual dividend check from oil revenues from the Alaska Permanent Fund, which Tubbs said is a model for his approach.

The group approached Tubbs at a conference to ask if Stockton would be interested in piloting basic income. “I jumped at the opportunity,” said Tubbs, who was familiar with the concept from the writings of civil rights leader Martin Luther King Jr.

The issue of economic empowerment is a personal one for Tubbs. Growing up in Stockton, where one in four residents live in poverty, his family relied on government assistance to meet their basic needs.

“My mom was on welfare for the first five, six years of my life,” he said. “You’d get food stamps, but that’s not cash, and maybe food’s not the biggest need … So this gives people more agency to kind of make the best decision.”

In the past few months Mendota has repeatedly made the news over deportation fears. Back in May, ICE sent a letter to a minister and mother, ordering her to leave the country. Then last month the city proposed a resolution that would oppose California becoming a sanctuary state. "This community is under attack," said Leticia Valencia.

The Rev. Misael Avila of St. Frances of Rome Catholic Church in Riverbank joined faith leaders in Stanislaus County and throughout the country denouncing the Trump Administration's zero tolerance illegal immigration policy, which has separated about 2,000 children from their families.

Every year, thousands of households in Fresno County are evicted from their homes. Evictions are unfair, especially due to huge disparities in legal representation between tenants (1%) and landlords (73%).
This Post Has 0 Comments