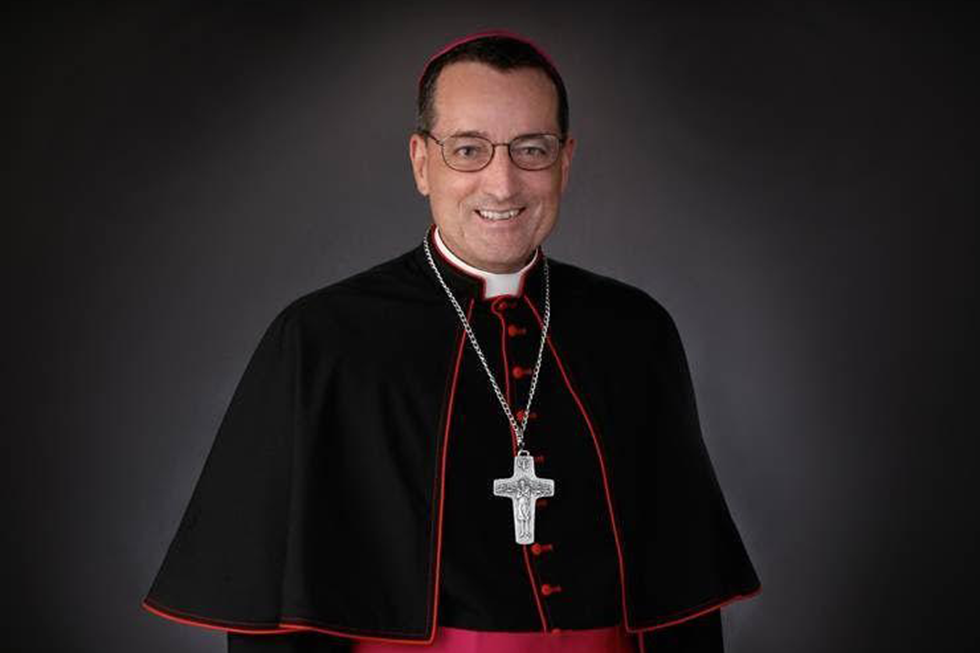 Before arriving here in Fresno to assume my new “job” as the Bishop of the Roman Catholic Diocese of Fresno, I certainly felt compelled to do at least a little research on our beautiful San Joaquin Valley. I was thrilled to read about some of the unique features of our area like having both the lowest point of elevation in the contiguous United States (Death Valley) and the highest (Mt. Whitney). I was not so thrilled to learn that we have one of the highest numbers of prisons per capita than any other region of the country. Recently, I was even less thrilled to learn of the effort to convert a shuttered for-profit prison into an immigrant detention center.

The Roman Catholic Diocese of Fresno represents about one million Catholics and, hopefully, inspires others, including folks who reside in the town of McFarland. Often it is those very same folks who inspire us and I am immensely proud of the parishioners at St Elizabeth’s Catholic Church in McFarland who, along with many others, put their faith into practice and stood up for themselves, their neighbors, their community and this country by voicing their opposition to the proposal for a detention center in their town and in this valley. I join their chorus.

Here in our Central Valley, we know that we have “McFarlands” all over the region – beautiful, hardworking towns and cities where immigrants (documented and undocumented) make up majorities of our populations, help our economy run and have proudly made this their home. I am keenly aware of and sensitive to the need for cities like McFarland to constantly seek new sources for sustaining government and services. That is why we at the Diocese are partnering with groups like Faith in the Valley to encourage all of our communities to complete the upcoming census. It is estimated that for each person who is not counted in the census, government misses out on $20,000 over the next 10 years. Unfortunately, increased fears in our immigrant communities are just one of the reasons why our Central Valley has more “hard-to-count” areas than almost any other region. There are lots of us who are committed to doing our part and whatever we can to help bring healthy, life giving resources into our neighborhoods of greatest need.

Part of our Roman Catholic practice during the current season of Lent is to give up something. Why don’t we try “giving up” the notion that we must accept money from any source, no matter the human cost and no matter the ethical “content” of a revenue stream? My “boss,” Pope Francis, tells us of migrants from all over the world who are increasingly made “to emigrate in the hope of a secure life” only to find “places where they might have hoped for a dignified life [and] instead find themselves before walls of indifference.”