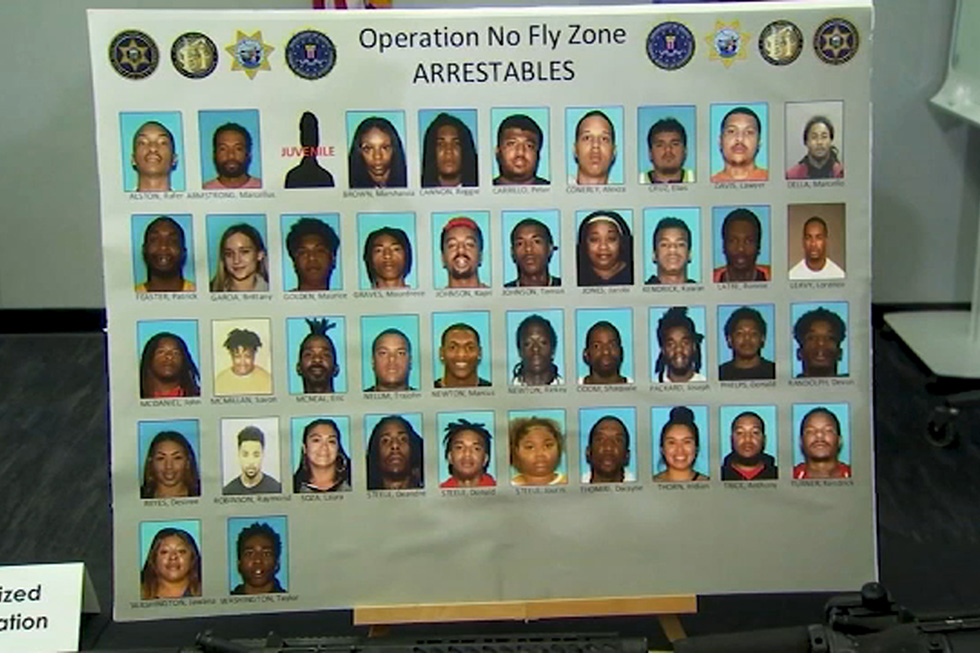 I recently read a quote stating, “The next evolution of humanity will not lie in what we discover, but rather in what we are willing to leave behind.” I wish I knew where the quote originated, but I interpreted it as a lament, challenging the prioritizing of progress over people, and the human cost associated with such an arrangement.

For years Fresno has been on the cusp of evolution as residents have championed movements to make the city more just, more equitable, and more inclusive. However, living into this newer, more humane space has been frequently met with resistance. One lingering and longstanding form of resistance within our city is its commitment to the mantra of “law and order,” which often uses law enforcement as a solution to social ills. So, let’s talk about law and order in our city, and its impediment to progress through analyzing “Operation No Fly Zone.”

On April 15, it was announced that a multiagency task force concluded an investigation that resulted in the arrest of more than 40 individuals. Law enforcement agencies reported on the severity of allegations, which included murder, conspiracy to commit murder, human trafficking and more. This specific operation targeted “107 Hoover” gang members and was remarkably similar to an indictment of numerous “Dog Pound Gang” members in 2016.

In both cases several months of investigation were conducted, several individuals were apprehended, and the magnitude of the moment and its meaning for our city was misreported and lost. The framing in both operations was one of success, and that the streets of Fresno were made safer. Operation No Fly Zone did succeed in its goal of apprehending certain persons of interest, but it did not make Fresno a safer place. What the operation did do, however, was to publicize the cost of negligence, incompetence, and apathy built into our city’s infrastructure, which severely harms communities and renders them vulnerable. Our city cannot become safer if the conditions that created the need for Operation No Fly Zone continue to exist.

Mass policing and mass incarceration do not create safer communities. Healthy communities have the capacity to keep themselves safe. Therefore, a vital part of creating safer neighborhoods requires us to abandon tactics that hyper-individualize certain “bad actors,” which absolves our government of its obligation to invest in the well-being of those on the margins.

Instead, we must move to fully examine the root causes of criminal activity and violence and commit to dismantling the social determents that drive these behaviors. If we want to have an honest conversation about crime in our city, then discourse concerning crime cannot be separated from decades of under-educating our city’s youth, which can be observed through a massive proficiency gap and an unreadiness for transitional age-youth to progress in our economy.

Read more at The Fresno Bee.