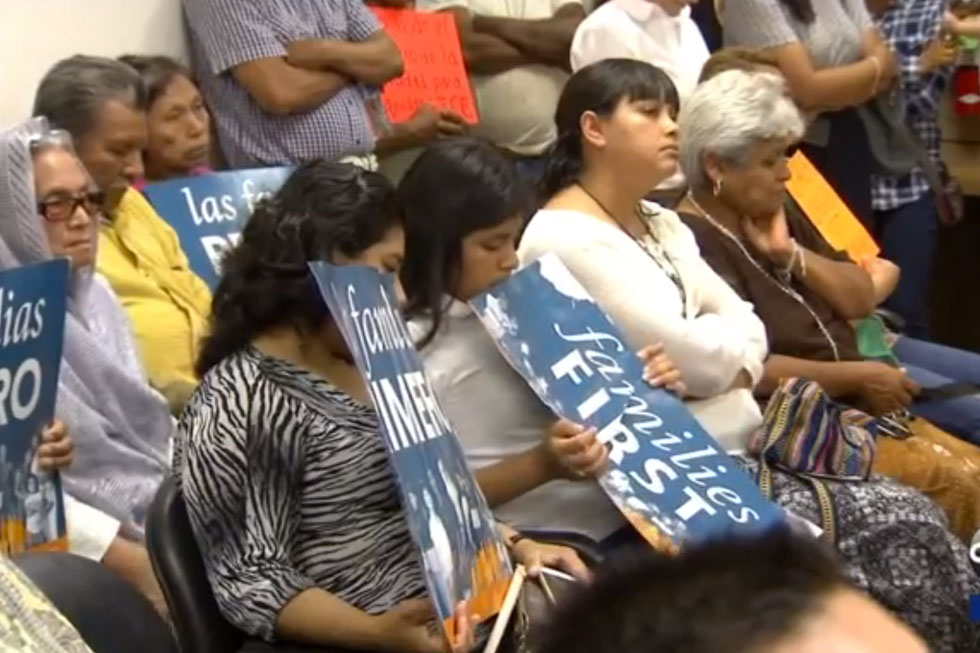 Unfamiliar faces gathered in front of Mendota City Hall– many, like 13-year-old Chavelli Perez, stepping into council chambers for the first time, driven by what they believe is necessity.

“It’s really important for not only me, but the community– I wouldn’t want to grow up separated from my family,” said Perez.

In the past few months Mendota has repeatedly made the news over deportation fears. Back in May, ICE sent a letter to a minister and mother, ordering her to leave the country.

Then last month the city proposed a resolution that would oppose California becoming a sanctuary state.

“This community is under attack, it’s very obviously under attack and we feel the need for the city council to step up and support their immigrant community,” said Leticia Valencia, Faith in Community.

During Tuesday’s public comment, families asked for Mendota to become a sanctuary city– one where local officers can’t use their resources to help federal immigration enforcement.

A supporter for sanctuary city said, “Personally I have been scared to return home after school when I hear that ICE is in Mendota, because I don’t want to come home and not find my parents.”