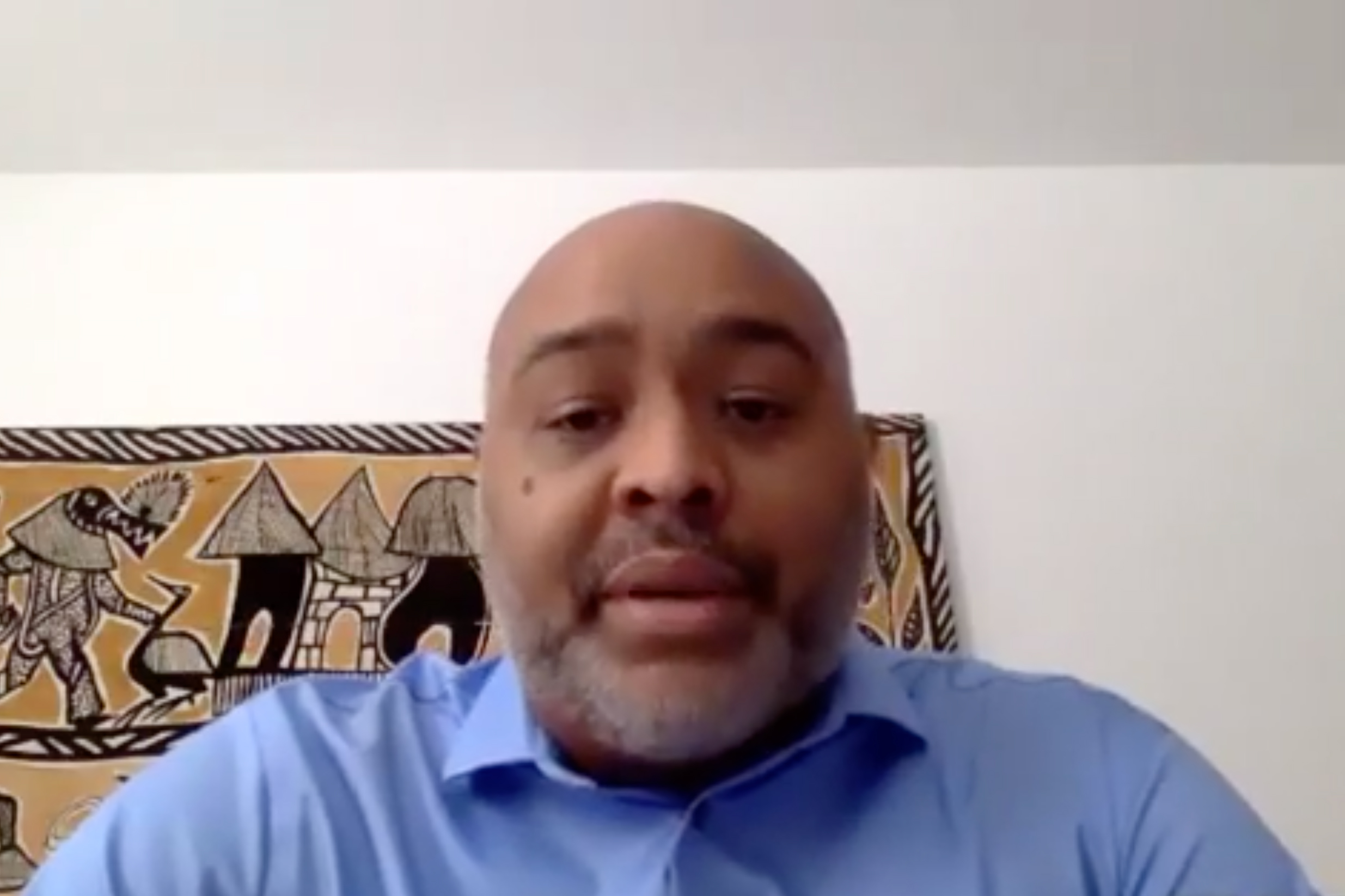 In this conversation, Dr. Christophe Ringer discusses the critical importance of November’s election through the intersection of faith and politics. Ringer highlights the need to vote as connected to the social linkages that connected us to one another, a shared responsibility for each other. Ringer also notes, that there is a long tradition of Black persons with political orientations that render invalid the electoral process as a political act itself. However, he cautions against this approach for this election, as the ramifications of such a political posture could prove to be disastrous.

Furthermore, Dr. Ringer helps listeners understand the theological underpinnings of the problem of mass incarceration. He explores the intersection of Black bodies as criminal bodies tied to a Christian imagination that renders Black life expendable, marked for destruction. His analysis is of critical importance, particularly as it pertains to California’s Proposition 20, which seeks to reinforce a punitive apparatus which targets Black and persons of color. The conversation is also helpful as a guide to think about the need to eliminate cash bail, a central feature of the problem of our jails—the punishment of persons because they are poor.

This is an important conversation that can be used as an educational tool for clergy and parishioners leading up to the November election, and for the post-election organizing that must take place in our communities.

Christophe D. Ringer serves as Assistant Professor of Theological Ethics and Society at Chicago Theological Seminary in Chicago, IL. He received his Ph.D. in Religion, Ethics and Society from Vanderbilt University.  His research interests include African American religion and cultural studies, religion and politics, public theology and social ethics. He is currently working on a book The Religious Crisis of U.S. Mass Incarceration that examines the religious meanings that sustain mass incarceration.

Ringer’s professional experience also includes a background in community development, with the Chicago Community Loan Fund as well as serving as a counselor at Riverbend Maximum Security Prison (R.M.S.I.) and Behavioral Treatment Providers (BTP). In addition, Ringer served ten years as pastor of Howard Congregational UCC and was actively involved with numerous campaigns to advance social justice. He is currently active in the campaign to abolish wealth based pre-trial incarceration in Illinois.

Ringer is a New Leaders Council Fellow, member of the U.S. Human Rights Network, board member of the Chicago Renewal Society, board president of A Just Harvest, and leadership team member of the Workers Center for Racial Justice.

Why Your Vote Has Power in the Central Valley
In this Faith in the Valley Justice interview, we feature three Faith In the Valley organizers from different locations across the Central Valley and we explore how to critically engage new and infrequent voters who question the electoral voting process.
Faith in the Valley Justice Interview Series: Marcel Woodruff
This Faith In the Valley Justice Interview Series is a conversation with Faith In the Valley organizer Marcel Woodruff. We explore abolitionism as a tool to create a more just society and to provide clarification on what is meant by the term.
Gov. Newsom: It’s Time to Show Us the Central Valley Is a Priority—Stop Evictions During COVID-19
Despite Governor Newsom’s proclamation at the beginning of shelter-in-place that he had enacted a statewide “eviction moratorium”, this did little more than pass the buck to cities and counties to protect vulnerable renters, and very few jurisdictions did. On Sept. 1, millions of Californians will be facing evictions if elected leaders do not take swift and bold action now.