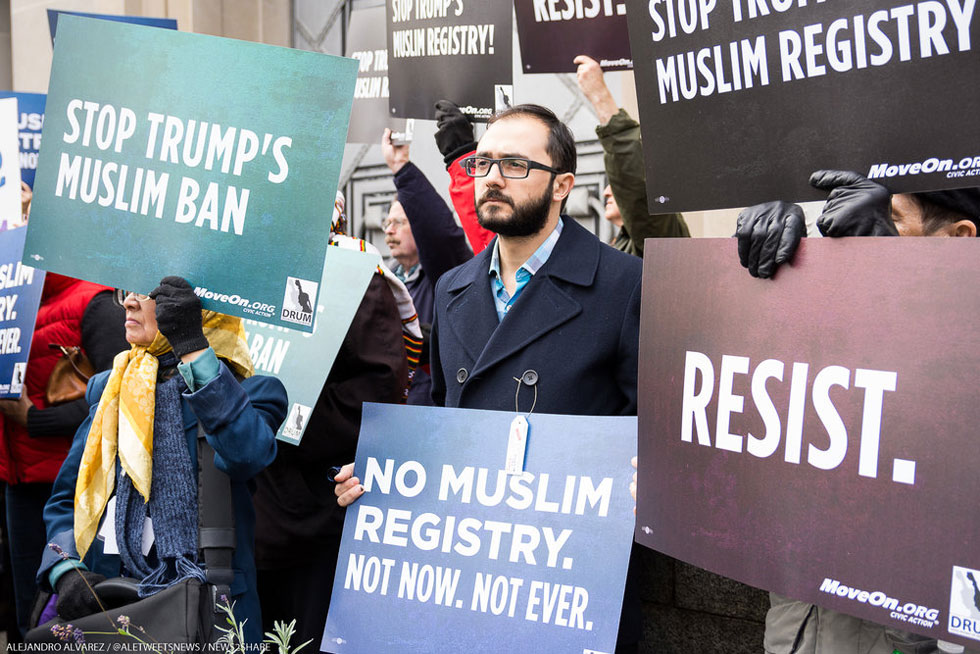 We are extremely disappointed by the Supreme Court’s initial ruling this week to allow the Administration’s “Muslim Ban”—banning travel to the United States by residents of six Muslim-majority countries—to go into effect. We are sickened by this policy (grounded in absolutely no sound basis or rationale, other than a political opportunity to fan the flames of hate and xenophobia in our country), but also know that this is the beginning not the end, and this is where our role as faith leaders of all traditions becomes more important than ever.

This means speaking out and defending our Muslim brothers and sisters—and all those whose faith, dignity and welcome in our country is wrongly being questioned—showing up where we can be a light and source of protection, and calling our local Congressmembers and other elected officials to also demand they denounce hate and Islamophobia. For the Ban itself, it will continue through the appeals process since it will be addressed in the 4th and 9th Circuit courts during hearing of arguments this week. After that, the Supreme Court still has a chance to do the right thing by upholding the decisions made by those courts. We want the Supreme Court to affirm that the Muslim Ban does nothing to make us safer, but instead only takes us further from the America we love. Here is a story of how this had impacted a family directly.

Islam tells us that every person is your brother (or sister) in faith or your brother (or sister) in humanity. That is why we see the Muslim Ban and so many other destructive policies coming from the administration (from attempting to strip health care from millions to deportations of immigrant families for whom America is their only home) as a threat to all of us. We are blessed and honored to strive for a more just world here in the Central Valley with our Muslim brothers and sisters. Today is our opportunity to stand with and for them.

We invite you to call your Congressional Representative today at 202-224-3121 and tell him that you also oppose this shameful Muslim Ban and expect him to publicly commit to representing all of his constituents, including the thousands of Muslims in our Central Valley.

To learn more about the implications of this Ban and your rights during this uncertain time, please review this resource from Muslim Advocates or this summary from the Council of American-Islamic Relations.